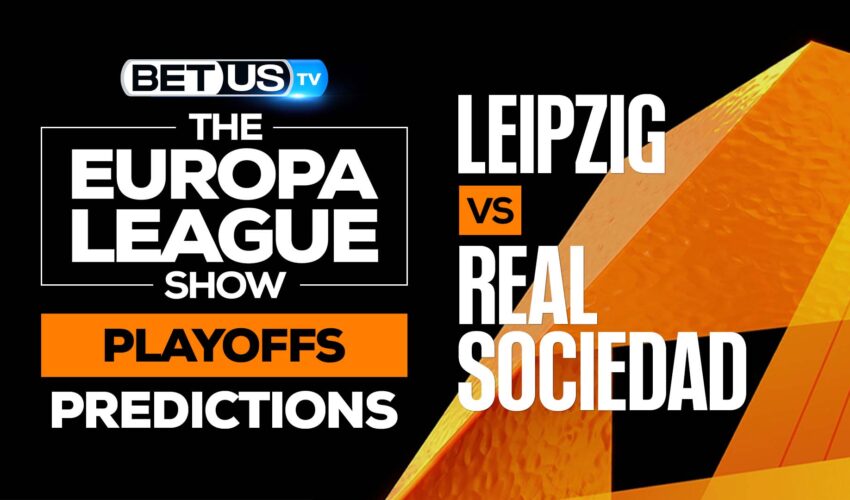 RB Leipzig welcomes Real Sociedad to the Red Bull Arena on Thursday evening for the first leg of the pair’s Europa League knockout round playoff. Join our experienced Europa League betting experts as they deliver their best bets ahead of this Europa League playoffs fixtures. Sign-up at BetUS TODAY and get 125% BONUS. Use the Promo Code BETUSTV125. Terms and Conditions apply.

The German team qualified for the playoff by finishing third in Champions League Group A behind Man City and PSG whilst their upcoming opponents finished the Europa League group stages second behind AS Monaco. Leipzig picked up a respectable seven points to claim third spot ahead of Club Brugge and will likely have been fairly content as it came during a time when they were struggling significantly in the Bundesliga. On the other side, Real Sociedad managed to beat Granada 2-0 in La Liga keeping five clean sheets in their previous six fixtures across all competitions. They conceded two goals on the road against both PSV and AS Monaco in the UEL group stages. This will be the first competitive match between the two sides.

Come and hang out with BetUS’s host, Gordon “Flash” Watson, who’ll be joined by soccer experts, Alex Campean and Paco Polit to discuss the latest Europa League odds and deliver to you their hottest UEL picks for the Europa League Playoffs.