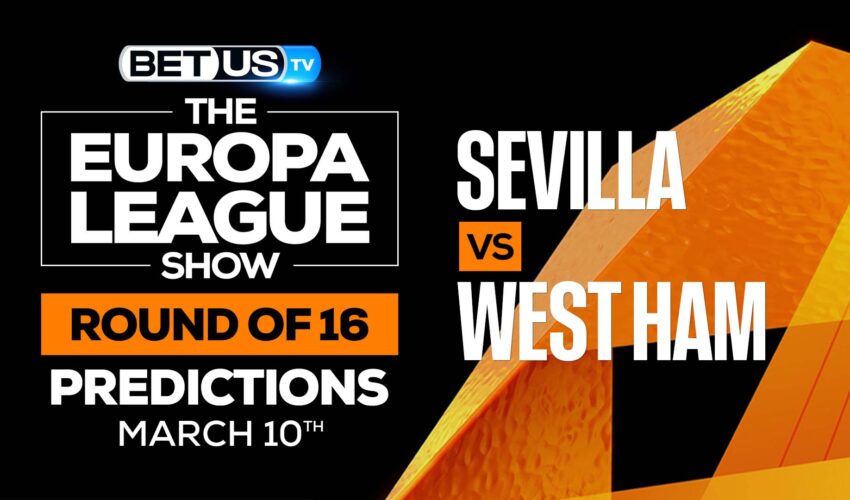 After surviving Dinamo Zagreb in the UEL playoffs, Sevilla will be aiming to move one step closer to winning their seventh Europa League trophy when they host West Ham at their Estadio Ramon Sanchez Pizjuan. Join our experienced Europa League betting experts as they deliver their best bets ahead of this Europa League playoffs fixtures. Sign-up at BetUS TODAY and get 125% BONUS. Use the Promo Code BETUSTV125. Terms and Conditions apply.

Sevilla has been beaten only by Lille in their 17 home outings this season. The 0-2 loss to the French outfit was crucial in the Spaniards’ UEFA Champions League campaign as it launched Lille to the top of the standings in the group. Sevilla has also used the home advantage to eliminate Croatian champions Dinamo Zagreb in the UEFA Europa League playoffs as a 3-1 victory in the first leg of that tie sent them through despite a 1-0 defeat in the return clash in the Croatian capital. The Hammers are fifth in the Premier League at the moment, but their recent form has been far from impressive, especially on the road. West Ham lost two and drew two of the last four away fixtures across all competitions. They have conceded five goals in the last two away games in the process.

Come and hang out with BetUS’s host, Gordon “Flash” Watson, who’ll be joined by soccer experts, Alex Campean and Roman to discuss the latest Europa League odds and deliver to you their hottest UEL picks for the Europa League Playoffs.