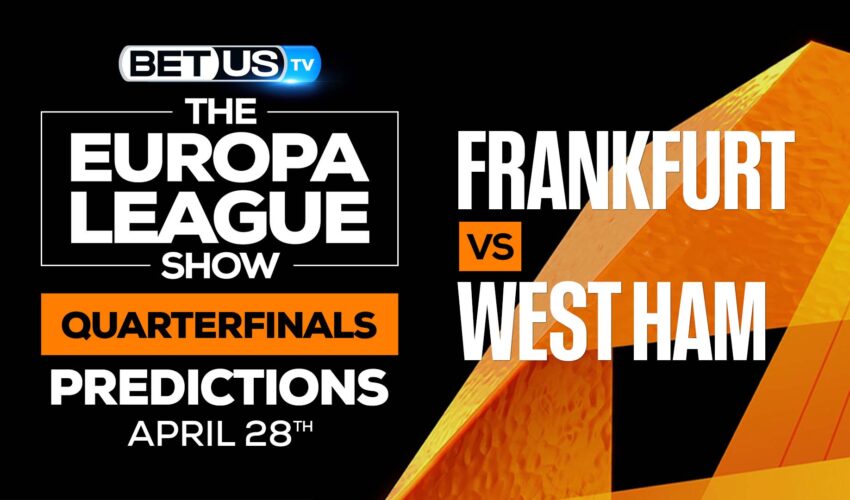 Eintracht Frankfurt is heading to the London Stadium where they will be playing against West Ham United in the semi-final first leg on Thursday, April 28. Because Eintracht Frankfurt’s chances to get into the top 7 of the Bundesliga got decimated by Hoffenheim, they now can put all their focus on their upcoming match in the Europa Liga.

After getting an exceptional upset win against Barcelona in the quarter-final second leg, Eintracht Frankfurt carries a significant momentum that they can use against the English squad. If they manage to win the competition it would be the very first time they get to play in the UEFA Champions League. Unfortunately for Frankfurt, they are not the favorite team to win this match and one of their key players, Evan Ndicka, will be missing the action due to his recent suspension.

The Austrian manager Oliver Glasner will have to use the momentum the team is carrying in order to get an early advantage against West Ham United. Filip Kostic is going to take part in a very important role for the team considering that Ndicka won’t be present. Kostic owns 2 of the 3 goals Frankfurt scored against Barcelona in the second leg.

West Ham United arrives into this match as the favorite team. This isn’t only because of their performance so far, but they have also gone eight games undefeated in their home stadium. David Moyes has done an excellent job at keeping their players focused because even if they haven’t won the majority of their last games, it’s clear that the West Ham United is capable of maintaining a solid defense.

This is going to be a very interesting match to watch because it has a very special value for both teams. Whoever advances into the finals will have a chance at earning a spot in the next UEFA Champions League for the first time.

The implied probability for these two teams attached to the betting lines have West Ham at a 52.38% chance of winning the game, meanwhile Frankfurt have 24.39% probability of finishing the game with the W.