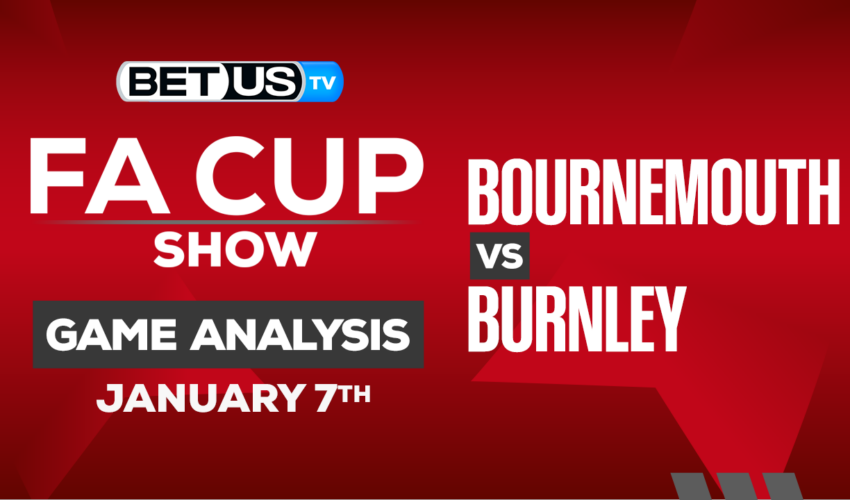 Bournemouth will play host to Burnley in the FA Cup third round on Saturday at Vitality Stadium, and their main objective will be to regain some form. The Clarets are leading the EFL Championship by five points, while the Cherries have lately dropped three straight Premier League games.

Gary O’Neil faced challenges trying to secure results over the Christmas and New Year season since a virus had infected the club during that time. The squad was affected in three of the four games, which were played at Newcastle United, Chelsea, and Manchester United. Their lone home game was on New Year’s Eve against Crystal Palace.

With no goals scored in any of those four games, Bournemouth’s recent record under O’Neil now stands at eight losses in 10 games, with the only two victories coming against Everton. Positively, Bournemouth is still one point clear of the Premier League’s relegation zone, which is a result that everyone at the Vitality Stadium would have welcomed following their season’s early going.

O’Neill will make an effort to strike a balance between selecting a quality team and giving playing time to those who need to recover from illness. In the Bournemouth attack, Kieffer Moore might make a comeback down the middle, while Siriki Dembele, who recently played as a substitute, might have a chance to play on the flank.

Meanwhile, Burnley appears to be cruising to promotion despite having 20 games left in the Championship, thanks to both their own strength and the unreliability of the clubs below them. This season, Vincent Kompany’s team has only suffered three defeats in all competitions, and those losses came against Watford, Sheffield United, and Manchester United.

Bournemouth will be encouraged by this, but the Clarets have won their previous six Championship games, with the most recent victories coming at Stoke City and Swansea City, respectively. The 2-1 victory in South Wales last time out was crucial, ending a five-game string of second-tier clean sheets, and Kompany will be completely confident in whoever he chooses this weekend to perform admirably in another match played far from the North-West.

The implied probability for these two teams attached to the betting lines has Bournemouth at a 40.82% chance of winning the game, meanwhile Burnley has 35.71% probability of finishing the game with the W.