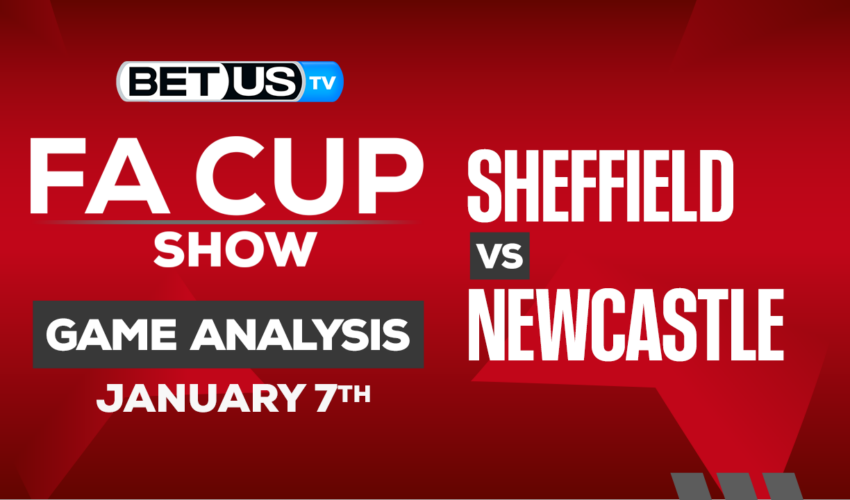 Newcastle United, a high-flying Premier League team, will travel to South Yorkshire on Saturday to take on Sheffield Wednesday at Hillsborough in an FA Cup third-round match. While their third-tier hosts have previously defeated Morecambe and Mansfield Town to secure their tie with top-flight opposition, the Magpies enter the competition at this point.

Sheffield Wednesday started their FA Cup campaign with a home first-round match against Morecambe at the beginning of November in addition to their quest to return to the Championship at the second attempt this season. They won with a 2-0 victory thanks to goals from Josh Windass and Alex Mighten to secure a matchup with fourth-tier Mansfield Town.

In the match, which was also played at Hillsborough, George Lapslie gave the visitors a 1-0 lead in the first half. However, Michael Smith scored twice in the closing 15 minutes to give Darren Moore’s team the victory and secure their toughest game of the season thus far against Newcastle. This outcome definitely will give the team enough confidence as they head against a scary Newcastle team.

Speaking about them, the Magpies recently had the difficult challenge of a trip to the league-leading Arsenal, but they managed to stand firm to see out a goalless draw, returning home with a creditable point as a consequence and ending the Gunners’ perfect home league record this season. This was after a slightly disappointing 0-0 draw at home to Leeds United.

All of their recent results combined leaves Newcastle third in the Premier League and within a close distance of Manchester City. With an FA Cup match and their EFL Cup quarterfinal in the next week, Howe’s team will briefly turn their focus away from the league and attempt to advance in the cup competitions with the aim of cruising past their League One hosts at the weekend.

The implied probability for these two teams attached to the betting lines has Sheffield at a 14.81% chance of winning the game, meanwhile Newcastle has 69.23% probability of finishing the game with the W.