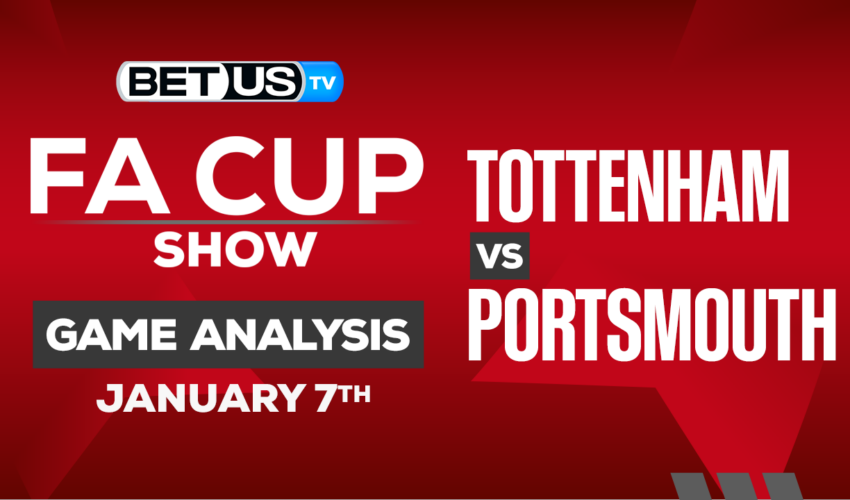 On Saturday at noon, Tottenham Hotspur will play Portsmouth in the FA Cup third-round in an effort to end their 15-year trophy drought. The Lilywhites come into the game after a convincing 4-0 Premier League victory over Crystal Palace, while the visitors head to North London without a manager after Danny Cowley was fired.

Tottenham fans may have arrived at Selhurst Park with more optimism than expectation after watching their team struggle to a draw with Brentford and suffer a well-deserved loss to Aston Villa. But it isn’t over yet, as Antonio Conte’s team still has to face Arsenal for their next EPL match.

The Spurs, who have eight FA Cups to their name with the most recent coming all the way back in 1991, have yet to win a major trophy since defeating Chelsea in the 2008 EFL Cup final. However, between 2020 and 2022, they endured three consecutive fifth-round exits.

Spurs started their top-four push off with a bang, but they are still outside the Champions League spots in fifth position, two points behind Manchester United despite having played one more game. If Conte’s team can now create waves in the FA Cup, an elusive trophy will be on the table.

Meanwhile, Portsmouth, who now play in League One and are a far cry from the storied FA Cup champions of 2007–08, have fired manager Danny Cowley in preparation for a trip to Tottenham. This comes after a dreadful nine-game losing streak in the third tier.

The South Coast team’s 3-1 loss to Charlton Athletic on New Year’s Day served as the icing on the cake for Cowley, who leaves them after helping them win just seven of their 22 League One games this season and linger in 12th place in the standings.

Portsmouth has defeated Hereford 3-1 and MK Dons 3-2 to advance to a third-round matchup with Tottenham as they enter the 2022–23 FA Cup in the first round. However, in the 12 years since they also reached the 2010 final against Chelsea, they have only advanced past this stage three times.

The implied probability for these two teams attached to the betting lines has Tottenham at a 87.88% chance of winning the game, meanwhile Portsmouth has 6.25% probability of finishing the game with the W.