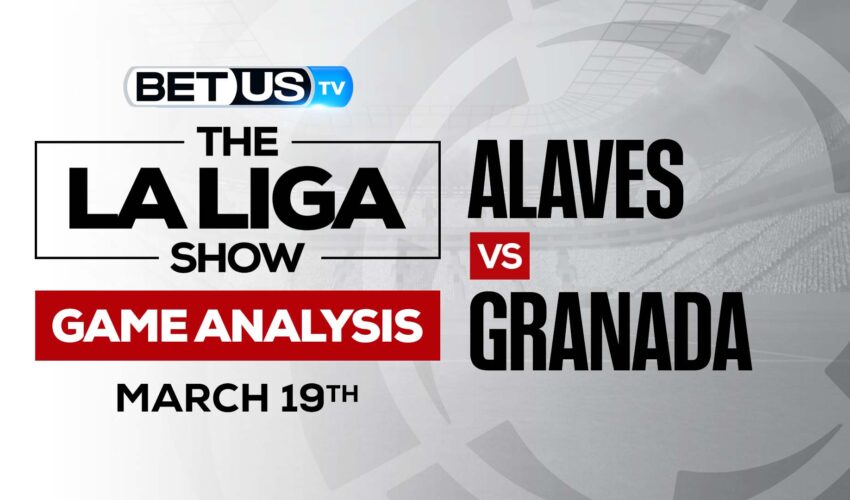 Two teams battling to remain in Spain’s top flight will lock horns on Saturday, March 19, as Alaves welcome Granada to Estadio de Mendizorroza for a crucial contest. Join our La Liga capping experts as they deliver their best bets ahead of this La Liga Matchday 29 fixtures. Sign-up at BetUS TODAY and get a 125% sportsbook bonus up to $2500 by using the Promo Code BETUSTV125.Terms and Conditions apply.

Alaves is currently 19th in the La Liga table, three points behind 17th-placed Granada, and both teams will enter this weekend’s relegation six-pointer in disappointing form. Alaves have been present in Spain’s top flight since 2016, but the Basque outfit is facing a serious battle to retain their status at this level of football, having struggled for long stages of the 2021-22 campaign. Alaves have picked up just two points from their last four matches, meanwhile, drawing with Getafe and Sevilla, in addition to losing to Real Madrid and Real Sociedad without finding the back of the net. Granada has been beaten in seven of their last eight league matches, while they have not been victorious in Spain’s top flight since December 22, which is a serious concern at this stage of the season.

Kick back with BetUS’s host, Gordon “Flash” Watson, who’ll be hanging out with our soccer experts, Pavlos Laguretos and Roman de Arquer to discuss the latest La Liga odds and hook you up with their hottest La Liga picks for La Liga Matchday 29.