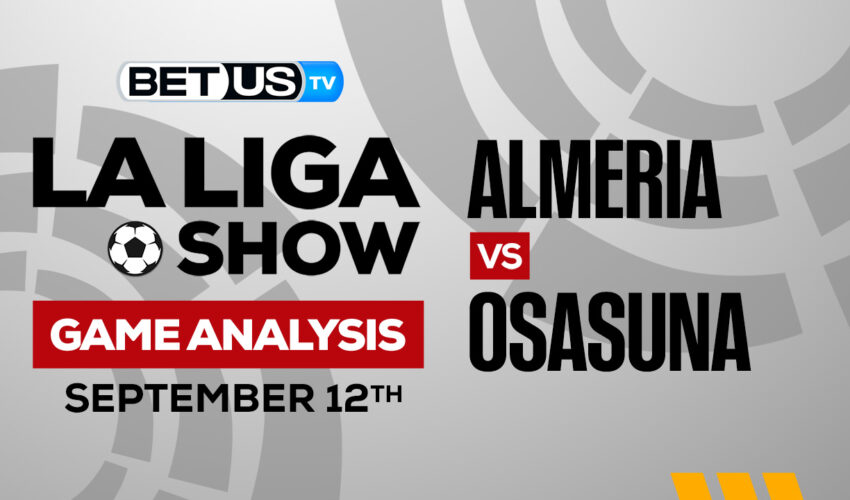 On Monday, Almeria will play host to Osasuna at Estadio del Mediterráneo. Following promotion last season, Almeria have begun this La Liga campaign with one win, one draw and two defeats. One of those defeats came against reigning champions, after they had taken an early lead, and Real Valladolid who snatched a 93rd minute winner. They now face an Osasuna side, though, that have started the season very well with three wins in their opening four matches. The two sides last met in the Copa del Rey in January 2021, where Almeria won 5-4 on penalties after a goalless 120 minutes.

Almeria suffered their second defeat of the season after a 1-0 loss to Real Valladolid. The side only hit the target once from 12 shots as they seem to be suffering the effects of losing striker Umar Sadiq to Real Sociedad late in the window. UD Almería have not been the best at stopping their opponents lately, although they’ve also done enough to hit the back of the net themselves. Both Ivan Martos and Juanjo Nieto will be unavailable for Almeria due to knee injuries. Inigo Eguaras and Gonzalo Melero are both doubts after missing the last game through injury.

Osasuna made it three wins from four games to start their league campaign as they beat Rayo Vallecano 2-1 at home in their last game. Ruben Garcia scored a 90th-minute winner after Aimar Oroz broke the deadlock earlier in the game. Osasuna have been scored against in 5 of their last 6 matches, letting opponents get 7 goals in all, which means we’ll most likely have an action-filled match on Monday. In defense, Osasuna certainly has room for improvement. Kike Saverio is out until November with an Achilles tendon rupture. Ruben Pena is a doubt due to a muscle injury.

The implied probability for these two teams attached to the betting lines have Almeria at a 37.04% chance of winning the game, meanwhile, Osasuna have 35.71% probability of finishing the game with the W.