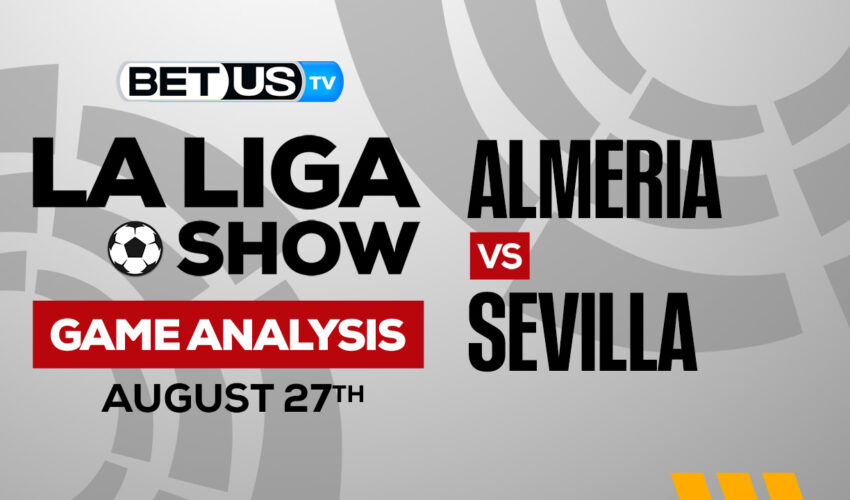 Sevilla will be trying to secure the first victory of their 2022-23 La Liga campaign when they make the trip to Power Horse Stadium on Saturday to battle it out against Almeria. Julen Lopetegui’s side have only picked up one point from their opening two matches against Osasuna and Real Valladolid, while Almeria have also collected one point from their first two games. Almeria were promoted back to La Liga for the first time since 2014-15 due to their impressive 2021-22 campaign, which saw them win the Segunda Division with a total of 81 points from 42 matches.

Almeria were handed a tough test on the opening weekend of the new season, welcoming the champions Real Madrid, but they put in an impressive performance and only lost 2-1 to Carlo Ancelotti’s side. They managed to pick up their first point of the season against Elche on Monday, with Umar Sadiq’s effort canceled out by Alex Collado as the two teams played out a 1-1 draw. Almeria will be the underdogs heading into this match, and on top of that, they have not managed to overcome Sevilla in Spain’s top flight since December 2010.

Sevilla, meanwhile, have made an underwhelming start to the campaign, only picking up one point from their opening two matches, which has left them down in 12th position in the table. Lopetegui’s side suffered a 2-1 loss to Osasuna in their first game on August 12 before being held to a 1-1 draw by Real Valladolid last time out. Los Nervionenses were 4th in La Liga last season, only three points behind second-placed Barcelona, but Tanguy Nianzou, Marcao, Isco and Alex Telles have arrived to boost the squad, though, and a victory would certainly boost their confidence ahead of the clash with Barcelona at the start of September.

The implied probability for these two teams attached to the betting lines has Almeria at a 27.03% chance of winning the game, meanwhile, Sevilla has 46.51 probability of finishing the game with the W.