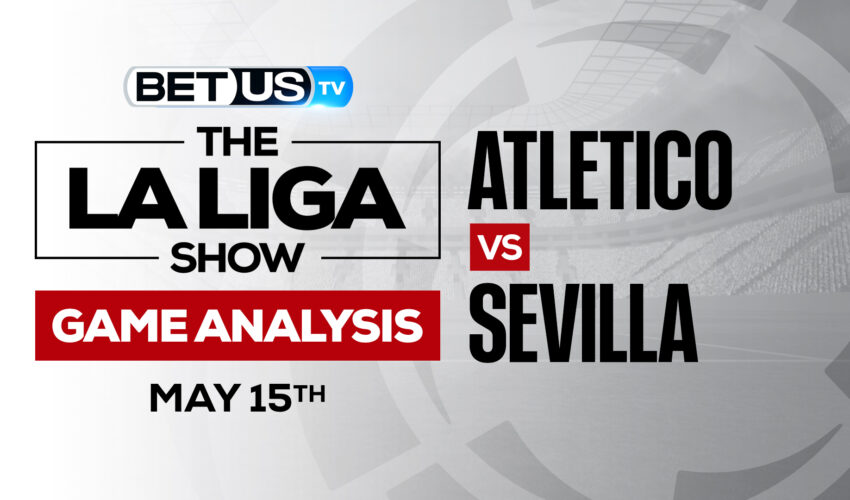 Atletico Madrid already secured a spot in the next Champions League season, and while Sevilla is currently sitting in 4th place, they can still be surpassed by Real Betis if things don’t go their way.
On May 15, Atletico will try to crush Sevilla’s hopes at the Wanda Metropolitano. If Lopetegui’s side loses to Atletico, it doesn’t necessarily mean that they are out of contention for a Champions League spot, but it does mean that Atletico will secure a top-3 finish as they’ll be 4 points ahead of Sevilla.

Recently, Atlético scored a win against Real Madrid, the champions of this season in La Liga. It was Yannick Carrasco the one that, through a penalty, secured the lead for Atletico. Even if Real Madrid had a higher possession rate, it still wasn’t enough for them to come back from their deficit.

Simeone’s men cannot underestimate Sevilla, they already did it the first time they met and Sevilla was able to take them down convincingly. That game started in Sevilla’s favor from the get-go as Ivan Rakitić scored the first goal at the 7-minute mark. Felipe managed to even out the score a few minutes later, but his efforts were in vain as Lucas Ocampos gave Sevilla the lead once again, finishing the game with a 2-1 score in their favor.

In the end, it’s Sevilla the one that is under pressure to perform, if they fail to take down Atletico, there is a big chance that they get knocked out of the top 4. On the other hand, Atletico doesn’t really care if they lose this game, they already secured a top-4 finish.

The implied probability for these two teams attached to the betting lines have Atletico at a 46.51% chance of winning the game, meanwhile Sevilla have 25.32% probability of finishing the game with the W.