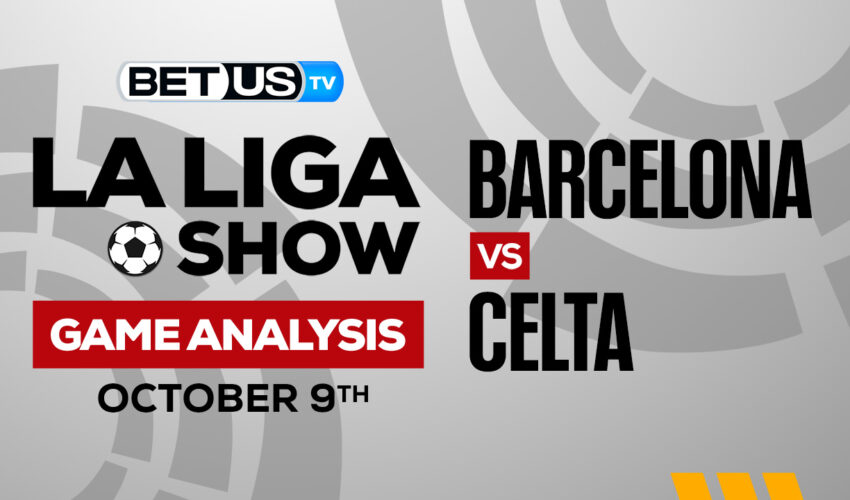 A Barcelona on fire, which has not lost any of its Spanish League matches and is in the first position of the table, haunted by its most important rival, Real Madrid. They seek to continue that winning streak, with a Robert Lewandowski in love with the goal and with a team that shows good chemistry in every game, with good play and winning their games convincingly. This is how FC Barcelona starts for this date 8 of La Liga, and although they come from having lost their UEFA Champions League match against Inter Milan and having put their classification at risk by being in third position in their group with just 3 points, those from the city of Barcelona are favorites to win the game against Celta de Vigo even though Eduardo Coudet’s team is looking to surprise at the rival’s home ground.

Those led by Xavi Hernandez seek to continue on the path to victory and do not want to give up the lead. The “culés” are one of the highest scoring teams in the league and they have scored 18 goals in 7 games and have a total of 19 points since they only lost points in the tie against Rayo Vallecano on the first date.

Celta de Vigo, meanwhile, won its last match in the Spanish League against Real Betis with a score of 1-0.

Those from the city of Vigo are in tenth position in the table with just 10 points, the same as Valencia CF and Rayo Vallecano. A win against the “blaugranas” would leave them with 13 points and waiting for a combination of markers they could climb to seventh position in the standings. This match will be played at the home of FC Barcelona, the Spotify Camp Nou next Sunday, October 9.

The implied probability for these two teams attached to the betting lines has Barcelona at a 77.78% chance of winning the game, meanwhile Celta de Vigo has 9.52% probability of finishing the game with the W.