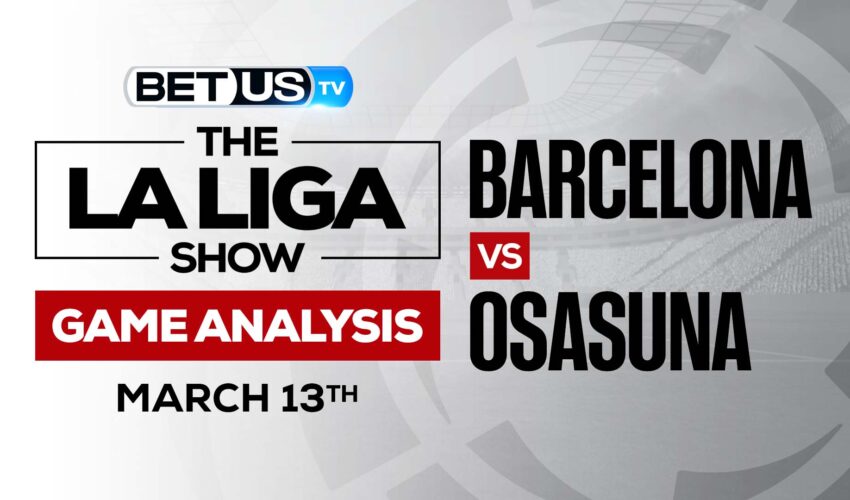 Barcelona will be looking to maintain their 11-game unbeaten run when they host Osasuna on Sunday. Join our La Liga capping experts as they deliver their best bets ahead of this La Liga Matchday 28 fixtures. Sign-up at BetUS TODAY and get a 125% sportsbook bonus up to $2500 by using the Promo Code BETUSTV125. Terms and Conditions apply.

Barcelona’s season started in the worst possible way: before the end of the first half of La Liga they were almost out of contention for the title, then they got eliminated from the group stage of the UEFA Champions League, of the Spanish Super Cup, and the Copa del Rey. However, in recent weeks their performance has improved and they were able to enter La Liga’s top four and move on to the next round in the Europa League. On the other side, Osasuna is one of the toughest teams to beat when they are playing on the road. They won six in 13 away games allowing just 12 goals in the process. Unfortunately for them and for their fans, their away head-to-head record against Barcelona is poor. They lost eight in nine games and they conceded at least four goals in six of their last seven visits.