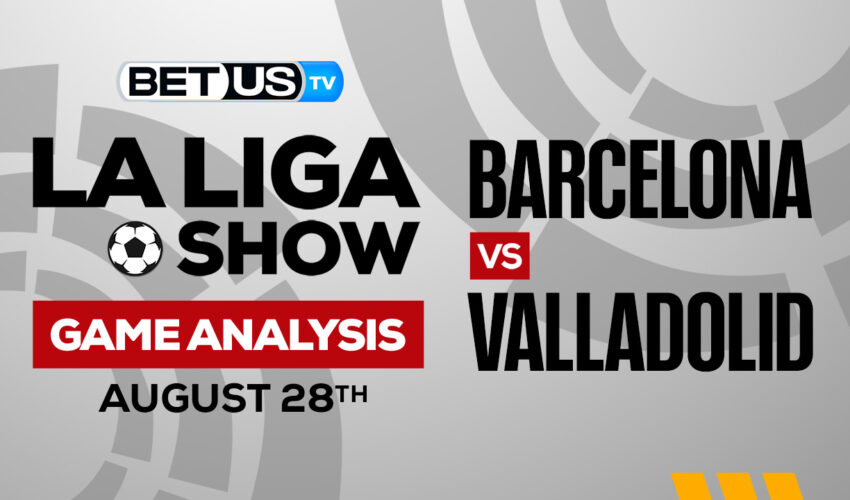 On Sunday, Real Valladolid continue their difficult start to the season as they take a trip to Spotify Camp Nou, where they’ll face Barcelona for the 3rd match of their 2022-23 La Liga campaign. Barcelona opens this match on the back of a good 4-1 win at Real Sociedad last weekend. Barcelona opened the scoring in the first minute of the game but conceded an equalizer just 6 minutes later. On the other hand, Real Valladolid arrives after having picked up their first point of the season thanks to a 1-1 draw at Sevilla.

It was a good result for Real Valladolid as they took the lead in the 80th minute. However, they could not hold on to the lead for the final 10 minutes of the match and Sevilla equalized before both teams had a player sent off. Real Valladolid started their season with a disappointing 3-0 loss at home against Villarreal. All 3 of the goals came in the second half and having been level at half time, Real Valladolid would have been hoping for a better result. Real Valladolid now have failed to win any of their last 11 away trips in the league.

Now looking at Barcelona in their game against Real Sociedad, into the second half, they took the lead in the 66th minute before adding a third only 2 minutes later. The Catalan giants sealed maximum points with a fourth goal 11 minutes from time. That result means Barcelona are undefeated this season but they started the campaign with a poor 0-0 draw at home with Rayo Vallecano. Sergio Busquets was sent off at the end of the match for a second bookable offense to cap a disappointing start to the season. Barcelona are now unbeaten in 22 of their 25 most recent La Liga matches.

The implied probability for these two teams attached to the betting lines has Barcelona at a 86.21% chance of winning the game, meanwhile, Valladolid has 6.29 probability of finishing the game with the W.