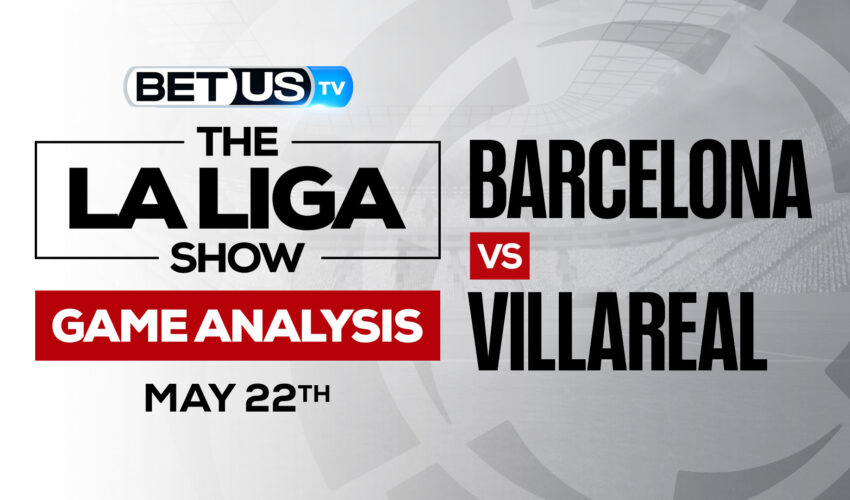 Xavi’s men are locked in 2nd place as they are 12 points behind Real Madrid and 5 points ahead of Atletico, and for their next match they’ll be hosting Villareal at the Camp Nou on May 22. The stakes in this match are much different for Villareal, they are sitting in 7th place which means they would get a spot in the Europa Conference League play-off round, but that can slip off their hands very quickly.

Athletic is just 1 point behind them, so if they win their game against Sevilla they have the chance to overtake Villareal in the standings.Sometimes in this type of situations, one would think that the team that finds itself in the “life-or-death” situation has the higher chance to win the game, well, this isn’t the case.

Although Barcelona doesn’t have anything at stake for this match, it’s safe to say that they want to finish the season with a win in their books because they most recently scored a goalless draw against Getafe, which is one of the teams that isn’t performing that well as of recently. Xavi’s team is one of the best ones in La Liga, so it would be surprising to see them being unable to win their last two games of the season.

On the other hand, Villareal is on a rollercoaster in terms of their performance. It’s hard to think that Emery’s side is going to be able to grab more than one point from their match against Barcelona. And let’s remember that a draw is not enough for Villareal to secure a top-7 finish in this case. Scoring a win is the only way for them to secure a spot in the Europa Conference League, but being completely realistic, things are looking more in favor of Barcelona, unless something extraordinary happens.

The implied probability for these two teams attached to the betting lines have Barcelona at a 50% chance of winning the game, meanwhile Villarreal have 29.85% probability of finishing the game with the W.

Take a Look at Other 2 Analysis, Picks & Predictions For This Week’s La Liga Matchups