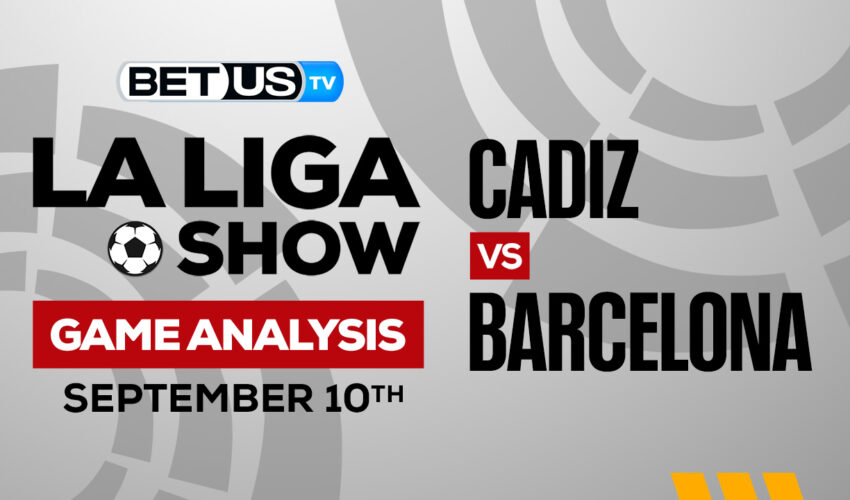 La Liga championship contenders Barcelona will be trying to score four straight La Liga victories when they make the trip to struggling Cadiz on Saturday. The visitors will enter the match off the back of a 5-1 win over Viktoria Plzen in the Champions League on Wednesday, while Cadiz suffered a 3-0 defeat to Celta Vigo in the league last time out.

Barcelona will enter this match off the back of a 5-1 victory over Plzen in the Champions League on Wednesday, with Robert Lewandowski scoring a hat trick at Camp Nou. The Catalan outfit opened their La Liga campaign with a goalless draw against Rayo Vallecano but have won their last three in the league, beating Real Sociedad 4-1, Real Valladolid 4-0 and Sevilla 3-0, leaving them second in the table.

Barcelona will know that their margin for error in La Liga is small due to the quality of Real Madrid, and while Cadiz’s recent record against them is impressive, it would be a shock if Blaugrana dropped points in this game, with the team clicking into gear since the stalemate with Rayo almost one month ago.

Meanwhile, Cadiz secured a return to La Liga by finishing second in the Segunda Division in 2019-20, and they finished 12th in the top flight in 2020-21 before claiming 17th last term, which secured another season at this level. The Yellow Submarine were only one point ahead of 18th-place Granada last season, though, and the early indications are that the club face a serious battle to retain their status in la Liga.

To a lot of people’s surprise, Sergio Gonzalez’s side actually beat Barcelona 1-0 at Camp Nou last term, while they are unbeaten in their last four La Liga matches with the Catalan side, including a goalless draw in the corresponding encounter last season, making this game a very exciting one to watch.

The implied probability for these two teams attached to the betting lines has Cadiz at a 7.69% chance of winning the game, meanwhile Barcelona has 80.00% probability of finishing the game with the W.