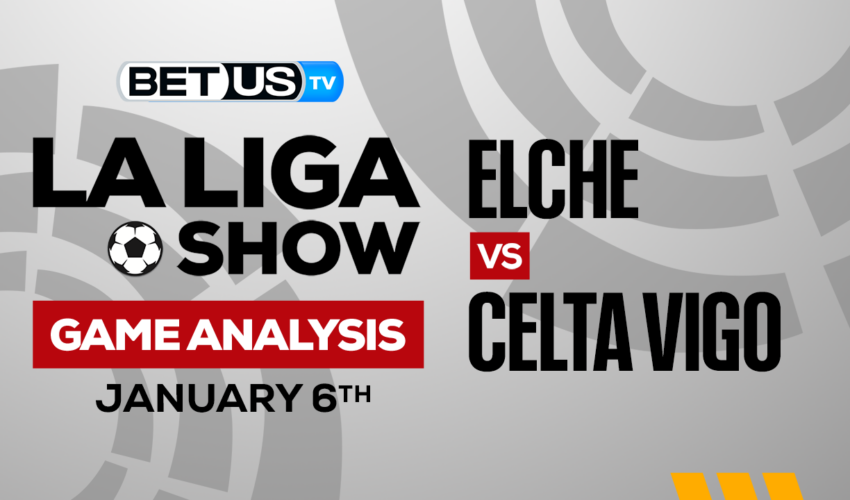 On Friday night, Elche will host Celta Vigo at Estadio Manuel Martinez Valero as they continue their quest for their first La Liga victory. With just four points from their first 15 games of the season, the home team is at the bottom of the standings, while Celta is in 17th place as they have picked up just 13 points from their opening 15 games.

Elche has earned four points from 15 La Liga games this season after drawing four and losing 11 of them. As a result, they are currently buried at the bottom of the standings, a whopping nine points behind Celta in 17th place. The team’s last league victory came against Getafe on the final weekend of the 2021–22 season, and as a result, they finished 13th in the standings with 42 points from their 38 games.

The team led by Pablo Machin has lost each of its previous four games in La Liga, including a 2-0 loss to Atletico Madrid on December 29. On Tuesday, they lost 1-0 to Ceuta in the Copa del Rey. Elche defeated Guadalajara in the second round of the cup, but after being startled by opponents from the third division in the round of 32, they are now entirely focused on the league.

Now looking at the other, Sergi Darder and Nico Melamed scored goals for the Catalan team as Celta lost 3-1 to Espanyol following extra time on Tuesday in Copa del Rey play. On December 30, the Sky Blues earned a point in a 1-1 tie with Sevilla in La Liga, moving them up to 17th place overall with 13 points.

It would be shocking for Celta, a La Liga team since 2012, to be eliminated this season, especially in light of their comfortable eighth and 11th-place finishes in the previous two seasons. The Sky Blues lost to Elche 1-0 in the comparable game last season, but they triumphed 1-0 the last time the two teams faced off in May.

The implied probability for these two teams attached to the betting lines has Elche at a 25.97% chance of winning the game, meanwhile Celta de Vigo has 47.62% probability of finishing the game with the W.