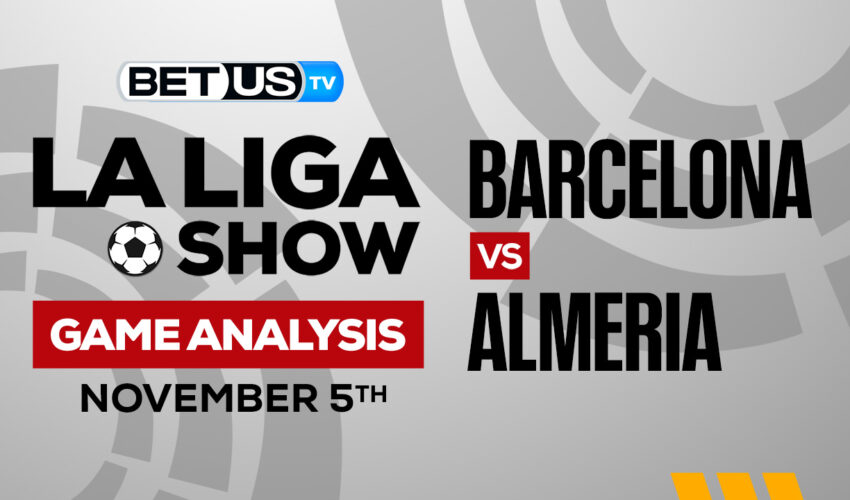 The 2022-23 edition of La Liga is back in action with another round of matches this weekend as Almeria lock horns with Xavi’s Barcelona in an important clash at the Camp Nou on Saturday. Almeria are currently in 13th place in the La Liga standings and have been inconsistent so far this season. The away side stunned Celta Vigo with a 3-1 victory last week and will need to work hard to achieve a similar result in this fixture.

Barcelona, on the other hand, are in second place in the league table at the moment and have been fairly impressive on the domestic front. The Catalan giants secured a 4-2 victory against Viktoria Plzen in their previous game and will look to take it up a notch this weekend. Barcelona have an impressive record against Almeria and have won 10 out of the last 12 matches played between the two teams, with the other two matches ending in draws.

Almeria have won three of their last five games in La Liga but secured all their victories at home – their previous away victory in the competition came in 2015. Meanwhile, Barcelona have won 10 of their 12 La Liga games this season and have conceded only four goals, the second-lowest tally of goals conceded at this stage in the competition.

Barcelona have been impressive in La Liga this season but have not met their European expectations. The Catalans need to be at their best to keep up with Real Madrid in the league table and cannot afford to drop points in this fixture. Almeria have stepped up admirably this season but face a formidable test this weekend. Barcelona are the better team on paper and should be able to win this game without much of a sweat, but it’s to be seen if Almeria can take the upset victory home.

The implied probability for these two teams attached to the betting lines have Barcelona at a 90.91% chance of winning the game, meanwhile, Almería have 3.85% probability of finishing the game with the W.