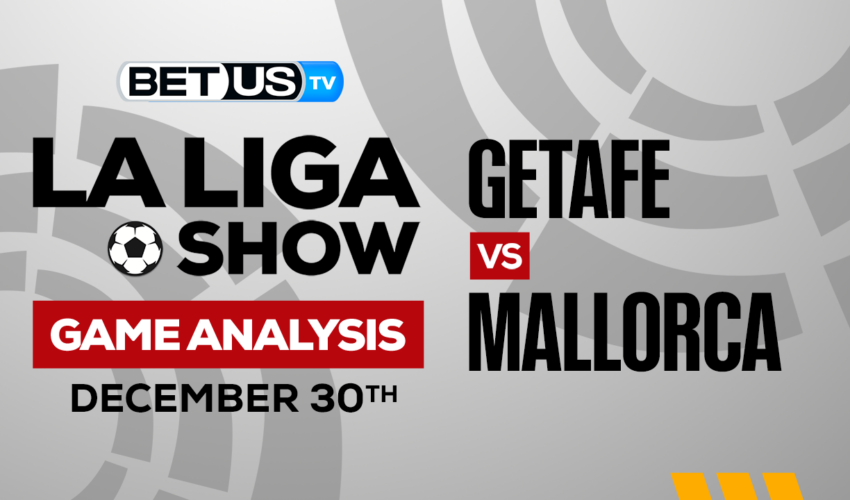 In-form Mallorca will hit the road as they travel to Coliseum Alfonso Perez to face Getafe on Friday afternoon in an effort to continue their La Liga winning streak. The host team is now ranked 15th in Spain’s premier division with 14 points after 14 games, while Mallorca is ranked 11th with 19 points after a great start to the season.

Getafe last played in La Liga on November 9, losing 1-0 to Almeria. Since then, however, they have played twice in the Copa del Rey, defeating San Roque Lepe and Diocesano to advance in the tournament. With only 14 points from their first 14 games, Quique Sanchez Flores’ team is currently 15th in Spain’s top division, barely three points above the relegation zone.

It would be surprising to see The Deep Blue Ones drop to the Segunda Division given that they have only competed outside of Spain’s top division once since 2004-05, but they have finished 15th in each of their last two seasons. Getafe hasn’t lost to Mallorca since April 2012, and that streak includes a 1-0 victory in the teams’ last meeting in the same season.

Mallorca is participating in back-to-back top-flight campaigns for the first time since 2013 after finishing 16th in La Liga during their first season back at the highest level. Prior to the World Cup, Javier Aguirre’s team was in excellent form, earning 10 points from four games, including back-to-back victories over Villarreal and Atletico Madrid.

During their successful run, Mallorca has also won twice in the Copa del Rey, first defeating Autol 6-0 on November 12 and then defeating Real Union 1-0 on December 20. Aguirre’s club will play Pontevedra again in Copa del Rey competition on January 4, but their immediate goal is to finish 2022 with another successful performance in Spain’s top division.

The implied probability for these two teams attached to the betting lines have Getafe at a 34.48% chance of winning the game, meanwhile, Mallorca have 33.33% probability of finishing the game with the W.