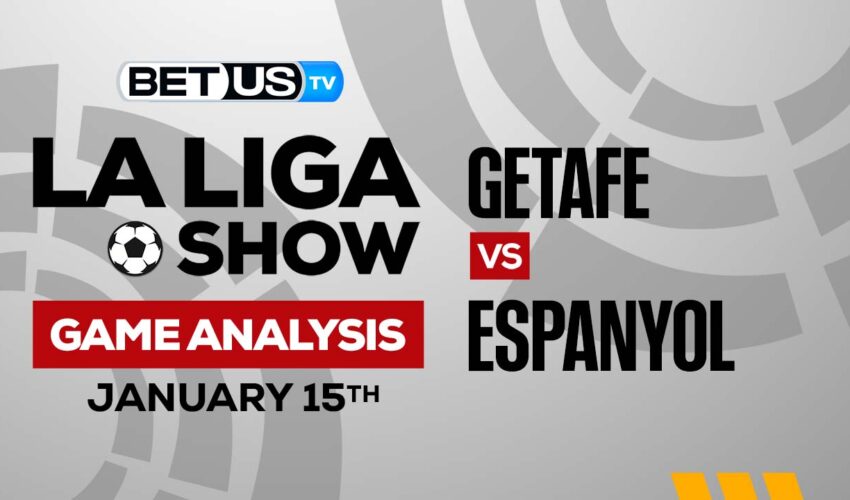 This next January 15 we will have a game corresponding to the 17th date of La Liga between two teams that need victory, one of them to get out of the relegation zone and the other to get away from it. This is the game between Getafe CF and RCD Espanyol.

RCD Espanyol has had a season to forget. They come from having tied their last game against Girona FC by a score of 2-2. They are on a 7 game winless streak. The last one was on October 16 when they beat Valladolid by a score of 1-0. Conceding so many goals this season has been one of the biggest difficulties the team has had to face. They have conceded a total of 25 goals, an average of 1.47 goals per game. While their striker, led by Joselu and Martin Braithwaite, has only managed to complete 19 goals. Espanyol is in the nineteenth position of La Liga with a total of 14 points, which puts it in the relegation zone.

The Getafe CF team is also in a very difficult position. They come from losing their last game against the Sevilla FC team by a score of 2-1. Their last victory was against RCD Mallorca on December 30 by a score of 2-0. Its main shortcoming has been in its lead, which has not had a good performance. In 17 games played they have only managed to score 15 goals, this despite the fact that they have players of the stature of Ener Unal, Borja Mayoral, who between them have 8 goals. Getafe CF is in thirteenth position with a total of 17 points, only 2 points away from entering the relegation zone.

Both teams arrive in very similar conditions. In the last 5 games played between the two teams, there has been a victory for each of them and 3 draws, which shows how hard-fought these games have been. But this time it is the home team that comes with the best chance of winning the game due to the performance shown so far this season.

The implied probability for these two teams attached to the betting lines has Getafe at a 40.00% chance of winning the game, meanwhile Espanyol has 31.25% probability of finishing the game with the W.