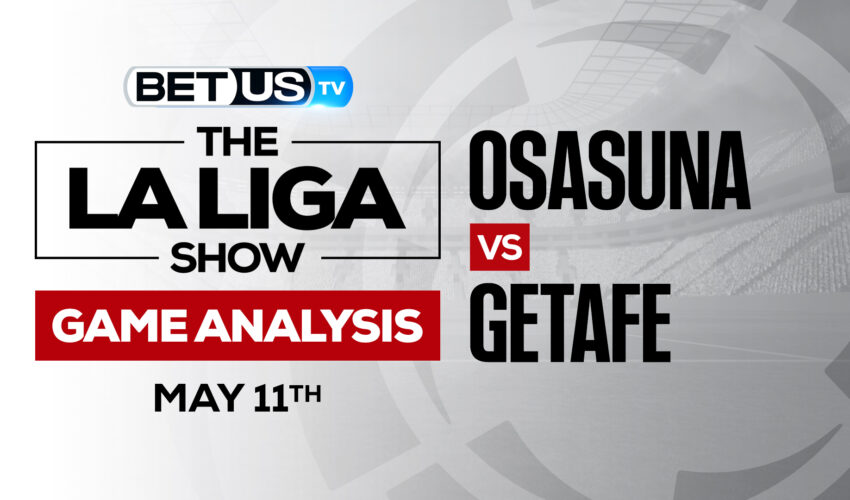 Getafe will try to continue their lossless streak while visiting Osasuna at the Estadio El Sadar on May 11. While Getafe is a decent amount of points away from the relegation zone, overconfidence might be their demise as they have 5 teams behind them fighting for their lives as they try to secure La Liga’s safety.

In a much more comfortable position, Osasuna is sitting in 9th place with their sight fixated on securing a spot in the Europa Conference League play-off round. Arrasate’s side wasn’t able to take down Espanyol and Elche in their last 2 matches, which lowered their chances for a top-7 finish by quite a lot

During their last match against Espanyol, s men were able to secure an early lead against the opposition but they ended up dropping it in the second half. Nicolás Melamed secure the goal for Espanyol that ended up evening the score and Osasuna couldn’t score another goal, finishing the game in a 1-1 draw.

Both teams come into this match in a very similar form. Their most recent wins haven’t been spectacular and their recent losses have been somewhat disappointing. If we look at both teams’ upcoming matches, it won’t be easy for either of them to secure a 3-0 finish this season. Although the situation that Getafe is currently facing is much worse than Osasuna’s.

But there is a glimmer of hope in Getafe’s situation, the last time they played against Osasuna they ended up winning with a 1-goal lead. Getafe might have the tools to take down Osasuna once again if Arrasate wasn’t able to fix the problems they had last time. What might be a bit worrying for Quique is that their win against Osasuna wasn’t convincing, to say the least.

The implied probability for these two teams attached to the betting lines have Osasuna at a 39.22% chance of winning the game, meanwhile Getafe have 31.25% probability of finishing the game with the W.