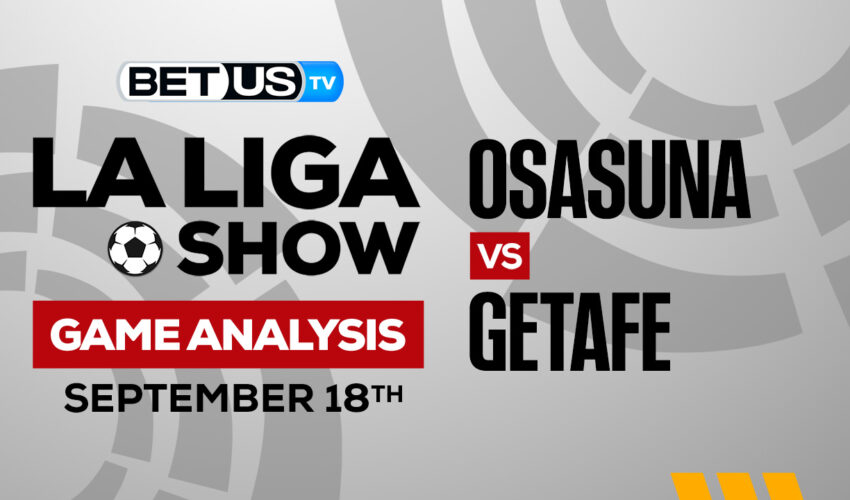 On Sunday, Osasuna and Getafe will face off at El Sadar Stadium in Pamplona, for one of the most interesting matchups of the weekend. Osasuna comes back home, where they have won every encounter since the 2022-23 La Liga season kicked off. On the other hand, Getafe is coming off a very important victory that might have raised their spirits enough heading into this game.

Getafe secured their first La Liga win of the 2022/23 season as they edged out a 2-1 victory over Real Sociedad. Quique Sanchez Flores’ side have struggled in recent weeks, with three crucial points against their Basque visitors, edging them up to 18th in the table. Getafe looked determined from the off in the Spanish capital, as Borja Mayoral was denied from the penalty spot, before strike partner Enes Unal swerved home a superb free kick.

That handed the initiative to Getafe after the restart, as Carles Alena steered home from the edge of the box, to double their advantage. La Real rallied from that setback, as the in-form Brais Mendez headed home from close range, before Unal and Mikel Merino were both denied by the woodwork late on.

Meanwhile, Osasuna have continued their impressive start to the season with a 1-0 win away at Almeria. Jagoba Arrasate’s side end the weekend up to fourth place, with 12 points on the board from five games, in the opening weeks of the campaign. Both sides struggled to carve out chances early on before Chimy Avila pounced on a loose ball to curl the visitors in front.

That opener looked to give Osasuna the impetus on the night as Lucas Torro hit the post on the stroke of half time and Ruben Garcia saw his goal ruled out for offside by VAR. Despite Avila’s constant threat, Almerica posed a threat on the counter attack after the restart, with Largie Ramazani denied by the woodwork, as the away side dug in for all three points.

The implied probability for these two teams attached to the betting lines has Osasuna at a 55.56% chance of winning the game, meanwhile Getafe has 18.69% probability of finishing the game with the W.