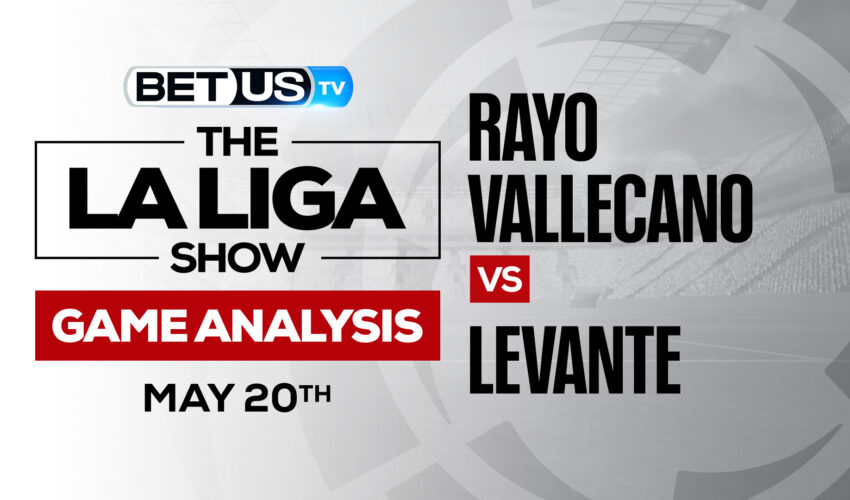 Rayo Vallecano and Levante will meet at the Estadio de Vallecas on May 20 to play a game whose results won’t have much impact in the standings. The main reason being that this is both team’s last match in this La Liga season and their position in the standings is basically fixed.

Rayo saved themselves from the relegation zone a long time ago as they are currently sitting in 12th place, while Levante didn’t have the same luck and are now facing relegation, but in the end, both teams will want to end the season with a victory in their books.

The team captained by Óscar Trejo will finish the season in a comfortable position, although their recent performance hasn’t been their best of the season as they are currently on a 2-game losing streak and the last match they won happened almost a month ago.

For Rayo, this victory would let them celebrate their La Liga safety with their fans and not finish the season on a winless streak. The worrying thing is that they arrive into this match without much energy and it’s clear that they are mentally exhausted after having such a weak performance throughout the last weeks.

On the other hand, this match for Levante is a bit more emotional as they will lose their spot in La Liga’s next season. Some of the players, like Bardhi and Vezo, are getting transferred over the next couple of weeks, and some others are still negotiating their contracts with Levante for the next season.

The last game between these two teams occurred back in September and it ended in a 1-1 draw. Rayo winning this next encounter would mean a lot for their fans as they would finish the season on a happy note after not being able to perform up to the expectations in their last games.

The implied probability for these two teams attached to the betting lines have Rayo Vallecano at a 51.22% chance of winning the game, meanwhile Levante have 27.78% probability of finishing the game with the W.