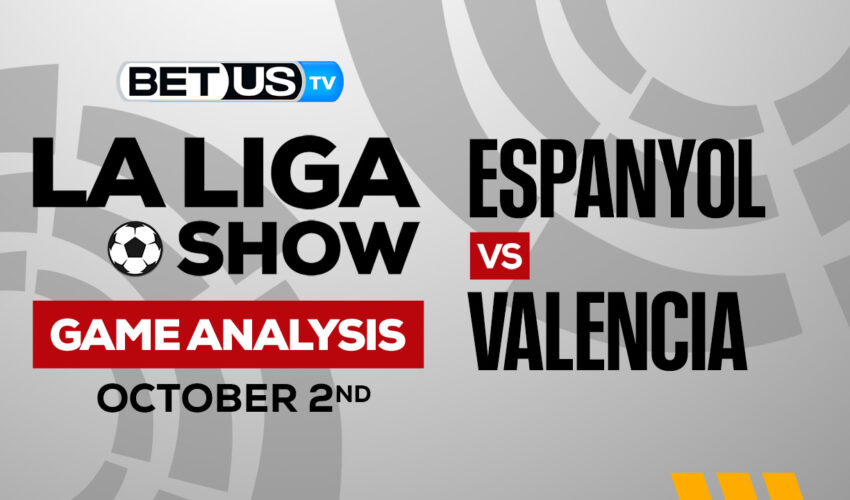 Espanyol and Valencia will butt heads next Sunday, October 2nd in Barcelona, at RCDE Stadium, ahead of La Liga’s seventh matchday in this 22/23 season. This will be both clubs’ first match after the international break, which saw Spain qualify for the Final Four round of the UEFA Nations League.

Espanyol got off to a rocky start, they’re currently in seventeenth place with four points in six league games, after only being able to win against Athletic Bilbao in matchday four and a draw against Celta in matchday one. Valencia’s situation is a bit different, the team led by Gennaro “Rhino” Gattuso have a total of nine points in six games, with three wins and three losses in their book, which currently makes them ninth in the league, nine points away from leader, Real Madrid.

On Espanyol’s side, we will be on the lookout for two specific players, such as Sergi Darder, a midfielder full of technique that can generate lots of scoring opportunities; and Martin Braithwaite, ex-FC Barcelona striker that wants to regain his competitive level and show us why he was signed by the Catalan team.

Meanwhile, in Valencia, there’s a good number of offensive players, but we’ll want to keep an eye on Uruguayan striker Edinson Cavani, who signed for Valencia ahead of the 2022 World Cup to recover to top level. Also, 19-year-old Illaix Moriba, currently on loan from RB Leipzig and ex-FC Barcelona, who wants to show the world he can compete in a top league.

These two teams have played a total of 82 matches, with Espanyol the home team, with 43 wins for Espanyol, 24 wins for Valencia and 15 draws. Although their current seasons are worlds apart, Sunday’s game will be one to watch, as Espanyol want to leave the bottom of the table and Valencia will undoubtedly want to climb to the top of the league, to positions that provide access to the European cups.

The implied probability for these two teams attached to the betting lines have Espanyol at a 37.04% chance of winning the game, meanwhile, Valencia have 37.04% probability of finishing the game with the W.

Take a Look at Other 2 Analysis, Picks & Predictions For La Liga Games