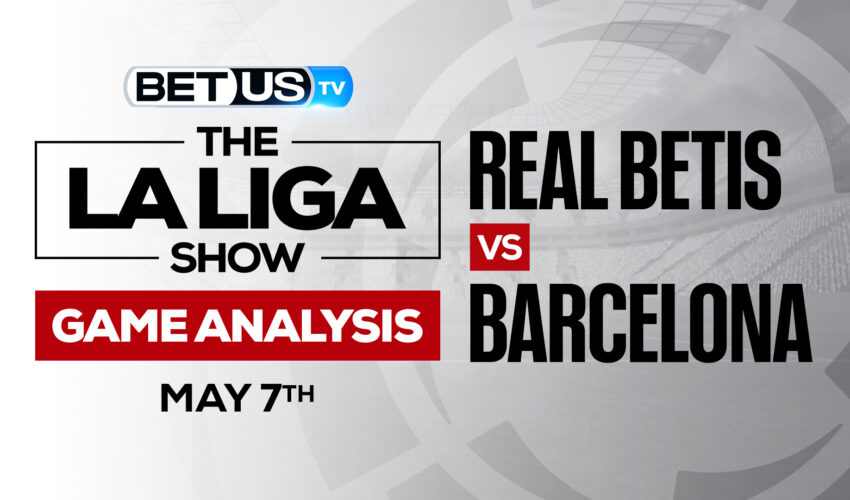 Real Betis has a guaranteed spot in the Europa League group stage, but that won’t be enough for them. They’ll be hosting Barcelona at the Benito Villamarin Stadium on May 7, in one of their last efforts at securing a top-4 finish in the standings and granting themselves a spot in the Champions League.

On the other hand, we have Barcelona, who are sitting comfortably in 2nd place and have already qualified for the Europa League. Unfortunately for Xavi’s side, Real Madrid is 15 points ahead of them, meaning that they’ve lost the opportunity to be this season’s La Liga champions.

Pellegrini’s team is on a winless streak after having a goalless draw against 15th place team Getafe. One of their most recent wins includes their one against Osasuna, and they took them down in a dominating manner.

Juanmi secured an early 2-0 lead for Real Betis and they never let go of it. Osasuna’s Budimir managed to score a goal for his team, but Pellegrini’s team answered back scoring another 2 goals in their favor. Real Betis closed out the game 4-1, increasing their chances of getting into the Champions League group stage.

Barcelona heads into this match in a shaky form. They won their last game against Mallorca in convincing fashion, but their loss against Rayo Vallecano raised a lot of concerns for their fans. Winning their next match against Real Betis is extremely important as they are only 2 points ahead of Sevilla in the standings.

As we all remember, Barcelona failed to advance into the Europa League semi-finals after being defeated by Frankfurt, so winning this match could lift their spirit. After facing Real Betis, Xavi’s men will play against 12th-place Celta Vigo. This means they have high chances of closing out the week with 2 victories in their books.

The implied probability for these two teams attached to the betting lines have Real Betis at a 31.75% chance of winning the game, meanwhile Barcelona have 46.51% probability of finishing the game with the W.