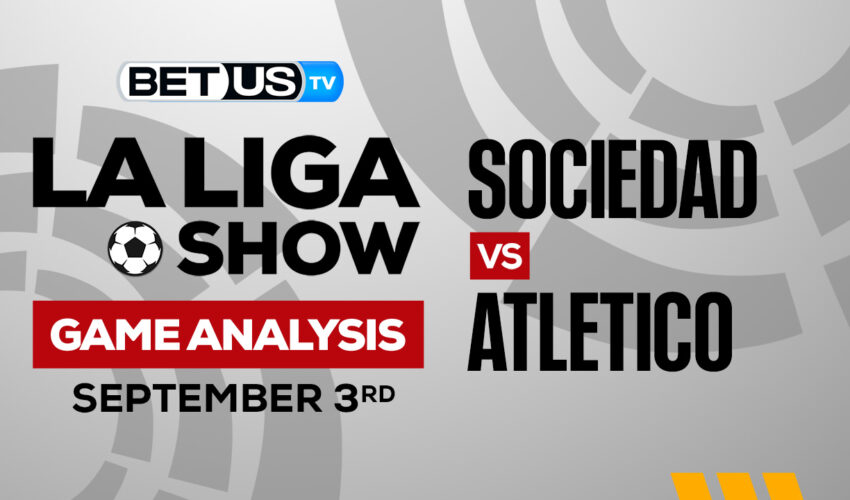 Two teams that are considered to be some of the best in Spain’s top flight, and expected to be in the hunt for a top-four finish in La Liga come the end of the season will lock horns on Saturday, with Real Sociedad welcoming Atletico Madrid to the Reale Arena. Real Sociedad, who are eighth in the table, will enter the contest off the back of a 1-0 victory over Elche, while sixth-placed Atletico were winners by the same scoreline at Valencia in their last match.

Life without Alexander Isak began for Real Sociedad at Elche on Saturday, but the Basque side did not miss the now Newcastle United forward, recording a 1-0 victory at Estadio Manuel Martinez Valero, with Brais Mendez netting the only goal of the contest in the 20th minute. Imanol Alguacil’s side started their La Liga season with a 1-0 victory at Cadiz before losing 4-1 at home to Barcelona on August 21, and a total of six points from three games has left them in eighth spot in the table.

Atletico, meanwhile, were 1-0 winners at Valencia in their last match on August 29, with Antoine Griezmann netting the only goal in the 66th minute of the contest at Mestalla. Simeone’s team opened their campaign with an impressive 3-0 victory at Getafe, but they lost 2-0 at home to Villarreal one week later, so a total of six points has left them in sixth position in the table. Atletico will also be in European action next week, beginning their Champions League campaign at home to Porto.

The Red and Whites, who have only lost once to their opponents this weekend since April 2018, finished third in La Liga last season, 15 points behind the champions Real Madrid. Simeone’s side will find it tough to launch a serious challenge for the title this season considering Real Madrid’s strength and Barcelona’s obvious improvement, but they will be expecting to finish as potentially the best of the rest, with the club establishing themselves as a top-four side since 2013.

The implied probability for these two teams attached to the betting lines has Real Sociedad at a 33.33% chance of winning the game, meanwhile, Atletico has 39.22of finishing the game with the W.