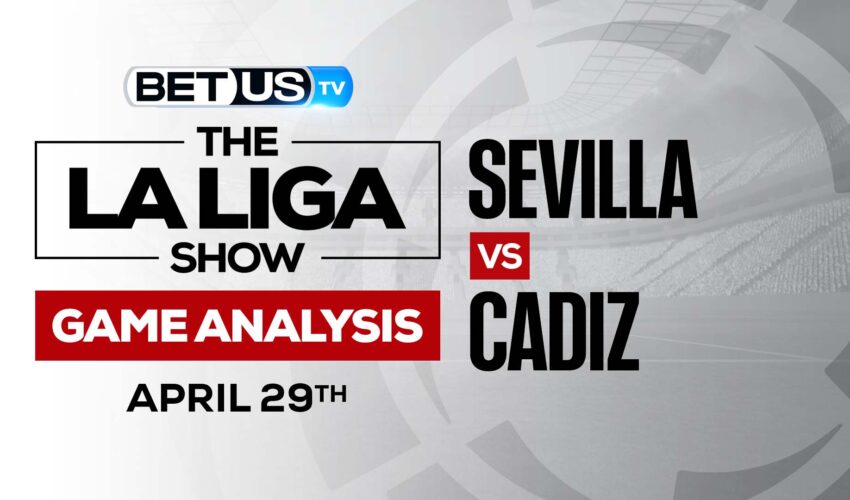 Cadiz is visiting Sevilla at the Ramon Sanchez Pizjuan stadium on April 29. Sevilla recently had a very important game against La Liga leader Real Madrid, in which Sevilla was very close to getting a lead but ended up losing 3-2. The Cadiz men haven’t been very lucky as they had to face top 10 teams in all of their last 5 matches. Now Cadiz will try to end their bad luck streak and take down Sevilla, the 3rd place team.

Sevilla comes into this match after a win against 19th place team Levante but it looked way close than it should’ve been. Sevilla started off with a strong lead as Jesus Manuel Corona scored two goals in quick succession by the 27-minute mark. But Levante was looking to make a comeback into the game as they almost evened the score at the 87th minute but they failed to do so, giving Sevilla a 3-2 win. It’s safe to say that Cadiz has been performing better than Levante recently so Sevilla will have to be careful in their upcoming match.

Cadiz’s Sergio González has to keep their players level-headed so they don’t get affected by their last 2-3 defeat against Athletic Club in the past week. But Cadiz has managed to pull off some good wins, especially the one against 2nd place team Barcelona where they kept a one-goal lead throughout the second half of the match. It was Lucas Perez the player that managed to give Cadiz a lead against Xavi’s men.

The last time we saw these teams face each other was earlier in the year and Sevilla managed to secure a victory in their books with a 1-0 score. If things go as expected then Sevilla should be able to come out on top against Cadiz, but Cadiz has proved that they are capable of upsetting the top teams of the league.

The implied probability for these two teams attached to the betting lines have Sevilla at a 63.64% chance of winning the game, meanwhile Cadiz have 14.29% probability of finishing the game with the W.