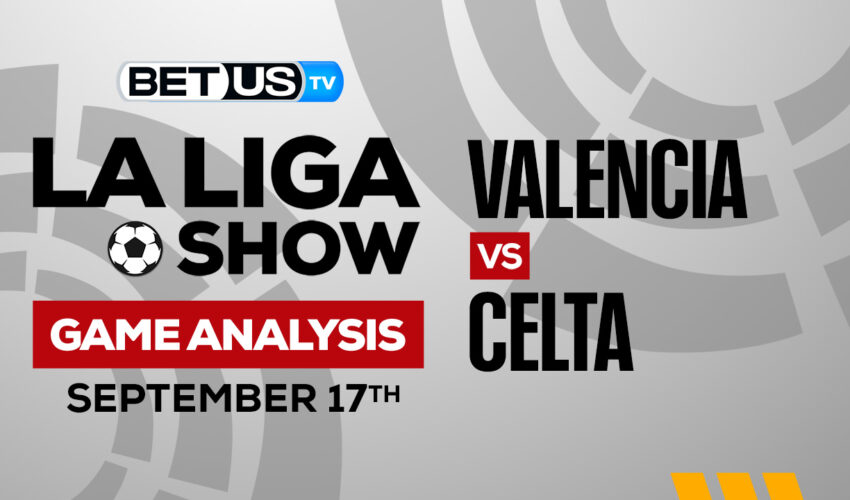 Both Valencia and Celta Vigo will make a maximum effort to bounce back from defeats when they continue their respective La Liga campaigns with a clash at Mestalla on Saturday. The home side, who are 12th in the table, will enter the contest off the back of a 2-1 loss at Rayo Vallecano, while 10th-placed Celta suffered a 4-1 defeat to Atletico Madrid last time out.

Celta is 10th in the table with seven points to show from their five matches, and the Sky Blues will be looking to improve on last season’s 11th-place finish in Spain’s top flight. Eduardo Coudet’s side started their campaign with a 2-2 draw against Espanyol before suffering a 4-1 home defeat to the champions Real Madrid one week later.

Celta then managed to record back-to-back victories over Girona and Cadiz, scoring four times in the process and keeping two clean sheets, but they lost 4-1 to Atletico in their last match on September 10. The Vigo-based outfit could battle the likes of Valencia for a spot in the top half of the table this season, but they have found it difficult against Los Che in recent matches, losing the last three games between the sides.

Valencia have won two and lost three of their five La Liga matches this season, with six points leaving them in 12th position in the table heading into the next set of fixtures in Spain’s top flight. Los Che, who are six-time Spanish champions, are some way from the team that were regulars in the top four, having finished ninth, 13th and ninth in their last three campaigns at this level of football.

The early signs suggest that Gennaro Gattuso’s side will struggle to launch a European challenge this season, with consistency being an issue in the opening weeks of the campaign. Valencia started 2022-23 with a 1-0 victory over Girona but then lost their next two against Athletic Bilbao and Atletico Madrid, with both matches finishing 1-0 to the opposition.

The implied probability for these two teams attached to the betting lines have Valencia at a 41.67% chance of winning the game, meanwhile, Celta have 31.25% probability of finishing the game with the W.