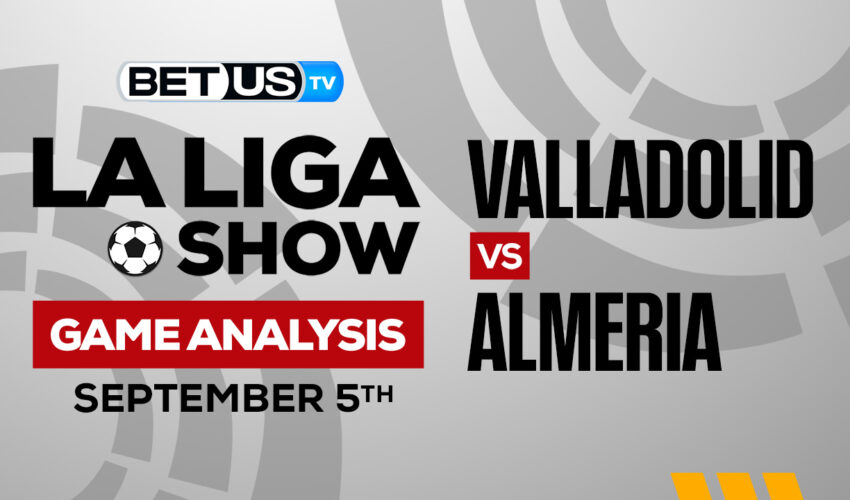 Real Valladolid and Almeria face off in La Liga 2022-23 season matchday 4 at Jose Zorrilla Stadium. These two were promoted from the Spanish Segunda last season. Real Valladolid have started their 2022/23 La Liga campaign with no victories in their opening three matches.

The hosts have collected just a solitary point. They now face an Almeria side that come into this on the back of a more impressive start with one win, one draw and one defeat but the visitors have been rocked by some late departures. A draw would appear the likeliest outcome for this one on the outskirts of Madrid.

Real Valladolid were relegated to the Segunda Division for the 2021-22 campaign due to their 19th-placed finish in La Liga in 2020-21, but they managed to return at the first time of asking by finishing second in the second tier. Now they have three huge games coming up, including Girona and Cadiz, which are the type of matches that will determine whether they are going to remain in the top flight this term.

The White and Violets will be aware of the size of the task facing them this season when it comes to staying in the top flight, and they struggled on the opening weekend of the new campaign, going down 3-0 at home to Villarreal. Pacheta’s side were much improved against Sevilla last time out, though, and managed to claim a point at Estadio Ramon.

Almeria were promoted back to La Liga for the first time since 2014-15 due to their impressive 2021-22 campaign, which saw them win the Segunda Division with a total of 81 points from 42 matches. Almeria managed to pick up their first point of the season against Elche, with Umar Sadiq’s 23rd-minute effort canceled out by Alex Collado as the two teams played out a 1-1 draw.