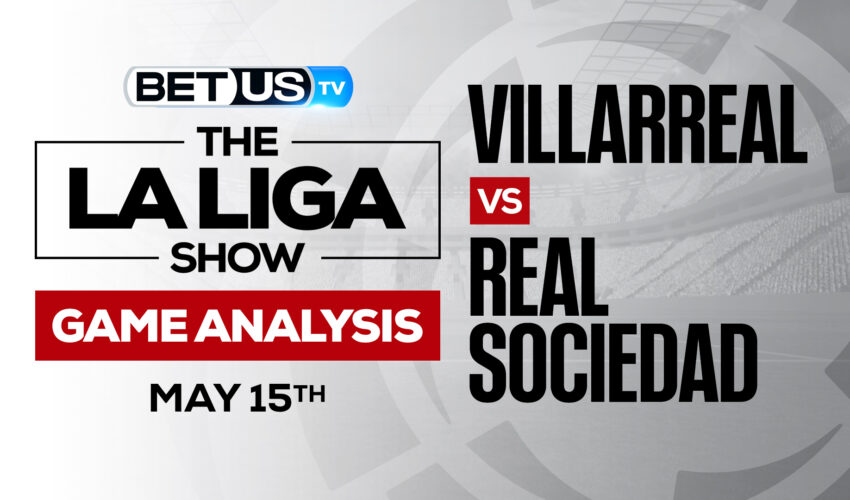 For Real Sociedad, this match is also important, because although they can’t qualify for the Champions League, winning this game means that they’ll secure a spot in the Europa League group stage.

Now, coming into this match, Villareal is looking like a stronger team, they recently took down Rayo Vallecano in a very convincing manner. They scored 4 goals against them before the break and closed out the game with a 5-1 score, and I’m sure this will give them a lot of confidence for this match.

Real Sociedad also comes into this match with a recent victory, although it’s important to consider that it was against Cadiz. Before that, they had a disappointing defeat versus last-place team Levante. If Imanol wants to secure a top-6 finish, his team cannot perform the way they’ve been performing recently.

Villareal is looking to take Real Sociedad by storm, like they did the last time they played against each other. In their last encounter, Real Sociedad started with an early lead as Alexander Isak managed to score a goal at the 32-minute mark. But it didn’t take long for Villareal to strike back. Gerard Moreno was the one that evened out the score, and a few minutes later, he secured the lead for Villareal.

The game finished with a 3-1 victory for Villareal, and everything indicates that they’ll be able to replicate the outcome in their next encounter. If things go well for them, Villareal might end up stealing Real Sociedad’s Europa League spot.