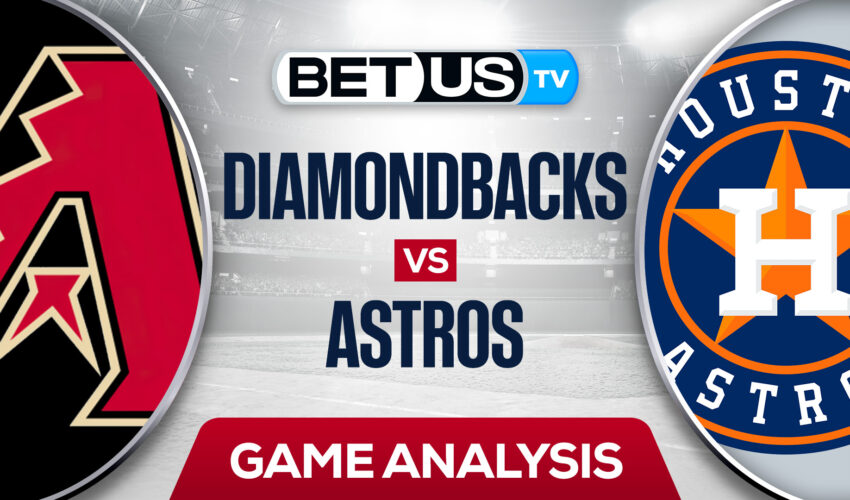 The Arizona Diamondbacks face off against the Houston Astros today. After splitting a two-game set at Chase Field in Phoenix back in April, these two interleague foes will kick-off a two-game series at Minute Maid Park in Houston.

The Houston Astros outlasted the Baltimore Orioles 6-3 in 11 innings this past Sunday to split a four-game set at Oriole Park at Camden Yards. It was the 12th win in the last 15 games for the AL-leading Astros, who sat six games above the New York Yankees on Monday.

Houston was five and a half games behind the MLB-best Los Angeles Dodgers, so the Astros now just want to finish the regular season without any significant injuries and get ready for the playoffs.

Today, Lance McCullers Jr. will take on the mound for the Astros. He has done a great job for the Astros since recovering from the strained flexor tendon. The 28-year-old right-hander is 4-1 with a 2.38 ERA, 1.25 WHIP, and 45/21 K/BB ratio in seven starts.

The Arizona Diamondbacks have played in poor form over the last few weeks, losing six series in a row and 14 of their last 20 games at any location. They own the lowest OPS in the majors in September while batting a poor .219 with 39 extra-base hits and 27 home runs across 25 games.

Ketel Marte is slashing .234/.327/.468 in his previous 14 outings and 47 at-bats, Christian Walker has four home runs and nine RBI in his last 59 at-bats, while Daulton Varsho has homered eight times so far this month.

Zach Davies will start the game for the Arizona Diamondbacks. Davies hasn’t been involved in the decision in 11 straight appearances, posting a 4.14 ERA and 5.48 FIP across 50 innings of work. Last Tuesday, the soft-throwing righty lasted just three innings at Dodger Stadium in LA.

Let’s check the latest MLB picks, news, stats and MLB expert picks for Diamondbacks vs Astros. We’ve plenty of MLB predictions for you to consider.

The implied probability for these two teams attached to the betting lines have Astros at a 68.25% chance of winning the game, meanwhile, Diamondbacks have 35.09% probability of finishing the game with the W.