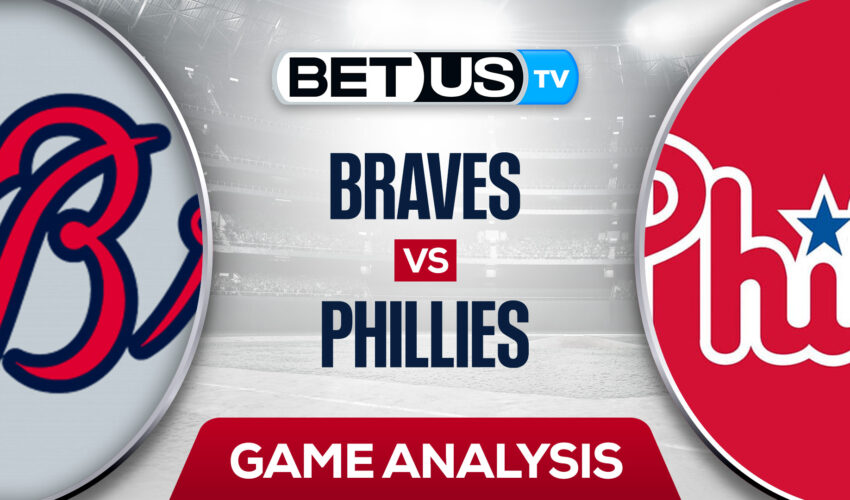 Today, the Philadelphia Phillies play host to the Atlanta Braves at Citizens Bank Park in the second encounter of their three-game series. As of lately, the Braves have been rising towards the top of the National League East standings. The Phillies are going the opposite way, only falling further and further behind to the point of almost falling behind the Miami Marlins.

The Phillies have only gone 3-7 in their last ten games and things don’t look good at all,  not even when playing at home. They barely remain over .500 but as the Wild Card race continues to take shape, having to pick up victories against teams ahead of them in the standings will be the only way for them to make an impact, making this one of their most important series of the season so far.

The start of the season wasn’t that great for the Atlanta Braves, but now it’s a different story. At certain points throughout the season, Atlanta has been the hottest team in the league, but their inconsistency is still what keeps them away from being the absolute best team in the MLB. They rank in the top-five in runs scored per 9 innings, OPS, and home runs per game, while ranking tenth in average.

Spencer Strider is making his 11th start and 22th appearance of the season for the Atlanta Braves. He is holding a 4-3 record with a 3.03 ERA and a 1.05 WHIP over 74.1 innings pitched while stirking out 114. In his last 4 outings, he combined to allow only 2 runs, failing to allow multiple runs across any of those.

The Phillies will send out Aaron Nola to take on some of the scariest batters in the MLB. He is carrying a 6-7 record with a 3.13 ERA and a 0.91 WHIP over 126.2 innings pitched while striking out 137 throughout 19 starts. This is definitely an exciting matchup to keep the hype of the series rolling.

The implied probability for these two teams attached to the betting lines have Braves at a 53.92% chance of winning the game, meanwhile Phillies have 48.31% probability of finishing the game with the W.