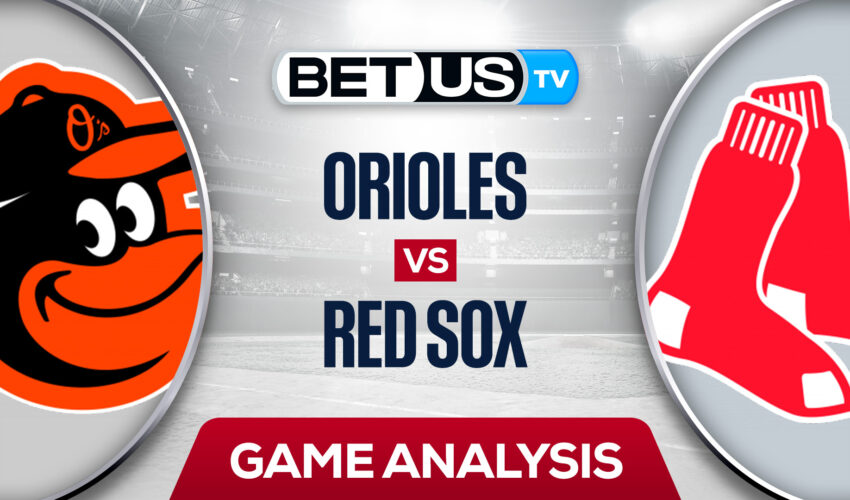 The Baltimore Orioles travel to Boston to take on the Red Sox in a four-game set to start the week with their playoff hopes diminished. The Orioles are four games back of Seattle for the final wildcard spot with just ten days left in the regular season. For the Red Sox, they still have an outside shot of avoiding a losing season in 2022.

The Orioles appeared to be done just a week ago before the Seattle Mariners started to struggle. Then, after three-straight wins, there was optimism once again that the Orioles just might have a playoff shot. After two tough losses to the Astros this weekend, however, it is highly unlikely the Orioles have enough time to catch the Mariners.

Meanwhile, the Red Sox have had an injury-riddled season that is a far cry from last year’s team that reached the American League Championship Series. The Red Sox have floundered through a series of setbacks on the mound specifically and have one of the worst pitching staffs in baseball this season.

The Red Sox dropped four in a row heading into the series finale with the Yankees on Sunday. On Sunday night, amidst the excitement surrounding Aaron Judge’s possibly setting the AL home run record, the Red Sox were officially eliminated from the playoffs in a rain-shortened 2-0 loss to the Yankees.

On the mound for Boston will be another young pitcher in Connor Seabold. Seabold doesn’t have the promise of Bello but will get the opportunity to show the Red Sox brass his worth. Baltimore will reply back with Jordan Lyles. Lyles leads the team with 11 wins and looks to get over .500 with a win on Monday. Against Boston this season, he is 1-1 with an 8.00 ERA.

Let’s check the latest MLB picks, news, stats and MLB expert picks for Orioles vs Red Sox. We’ve plenty of MLB predictions for you to consider.

The implied probability for these two teams attached to the betting lines have Orioles at a 47.62% chance of winning the game, meanwhile Red Sox have 54.55% probability of finishing the game with the W.