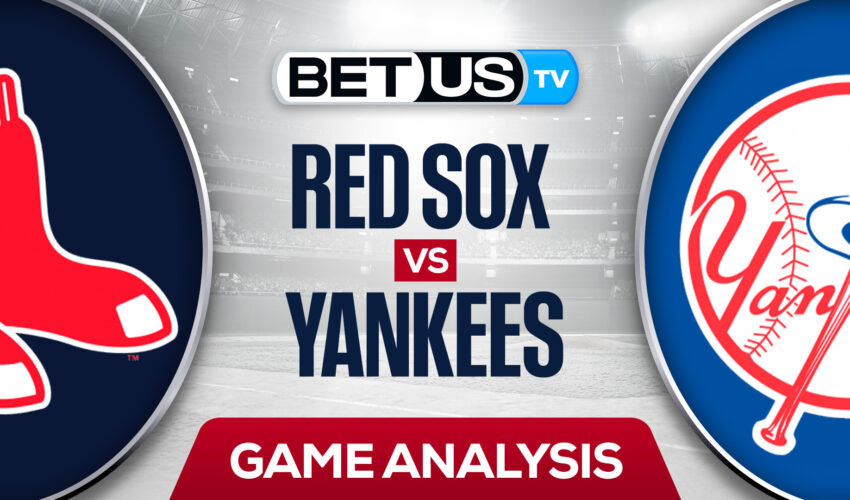 Today the Boston Red Sox and the New York Yankees will play game one of this four-game series at Yankee Stadium. The last time that these two teams matched up, the Yankees ended up sweeping the Red Sox in a short two-game series.

The Boston Red Sox are coming into this one after a two-game series with the Cincinnati Reds. Boston looked solid in game one, as their starting pitching was great and they were able to show off their power. They will need their bats to stay hot in this one if they want to challenge the Yankees on the road.

The New York Yankees are entering this one after a two-game series with the Pittsburgh Pirates. Aaron Judge hit a walk-off home run to get New York a win in the first game of the series. They will need their pitching to be better if they want to take down their arch-rival in this one.

Boston is currently sitting in last place in the NL East, as they trail the first-place New York Yankees by 17.5 games. They are also 5-5 in their last 10, as their average play has still held them out of the AL Wild Card. Boston is 9.0 games back from the Seattle Mariners for the third and final Wild Card spot.

At the plate, the Red Sox are scoring 4.63 runs per game and they are hitting .259 as a team. This is the eighth most runs scored per game and the fourth-highest overall team batting avenge. They have shown that they can consistently make contact with the ball and they are driving in men when they are in scoring position.

On the other side, the New York Yankees currently sit as the second seed in the AL Playoffs, as they only trail the Houston Astros. The Yankees are also 6-4 in their last 10 and they are still leading the AL East, as they have a 5.5 game lead over the second-place Toronto Blue Jays.

Let’s check the latest MLB picks, news, stats and MLB expert picks for Red Sox vs Yankees. We’ve plenty of MLB predictions for you to consider.

The implied probability for these two teams attached to the betting lines have Yankees at a 59.18% chance of winning the game, meanwhile, Red Sox have 43.48% probability of finishing the game with the W.