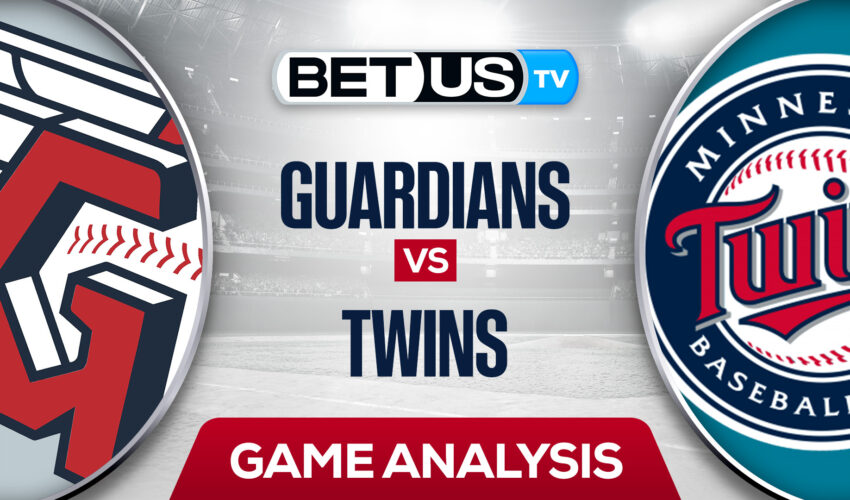 Today the Cleveland Guardians clash against the Minnesota Twins for the 2nd game of their three-game series at Target Field. Andrés Giménez had an RBI single in the 11th, getting the Guardians a 6-5 win over the Twins yesterday, adding on to their 6-1 record in their last 7 games on the road and 16-5 record in their last 21. On the other side, Minnesota is 5-5 in their last 10 and carries a 38-31 overall record.

Triston McKenzie will be making his 12th start of the season for the Cleveland Guardians in an effort to keep the series lead. The 24-year-old right-handed pitcher holds a 4-5 record with a 2.96 ERA and a 0.93 WHIP over 70 innings pitched. McKenzie has been looking great this season as his numbers are some of the best coming we have seen from him.

He was last seen standing on the mound on Thursday, when he picked up his 4th win after giving 1 run away on 7 hits and 1 walk while striking out 6 across 6 frames. On the other side, the Minnesota Twins will send out Sonny Gray to try and turn things around for them. He is making his 9th start of the season and holds a 3-1 record with a 2.09 ERA and a 0.93 WHIP over 38.2 innings pitched.

These are some impressive numbers which makes the Twins look good for today’s game. Gray didn’t factor into the decision last Wednesday, when the Twins played against the Seattle Mariners. He gave up 3 hits over 5 scoreless innings while striking out 3. Gray was reinstated from the 15-day injured list after being there since late May due to his right pectoral strain and didn’t require rehab assignment before joining back the Twins’ rotation.

The implied probability for these two teams attached to the betting lines have Twins at a 60.47% chance of winning the game, meanwhile Guardians have 42.02% probability of finishing the game with the W.