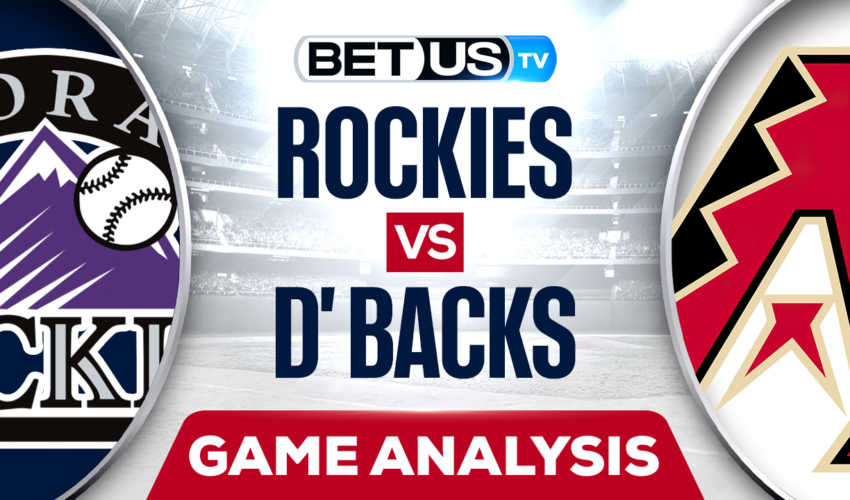 The Colorado Rockies take a trip to Chase Field to kick off a four-game series against their National League East division rivals, the Arizona Diamondbacks. Both teams are currently sitting at the bottom of the standings, though they are not that far away from the San Francisco Giants.

The Colorado Rockies had a rough time against the Los Angeles Dodgers. They got swept in a 3-game series with a combined score of 12-6 runs. Before their trip to Dodger Stadium, the Rockies met the Diamondbacks for the first time, and they won the series, though it was a very close one.

On the other hand, the Arizona Diamondbacks come off after a recent series win against the San Francisco Giants. Arizona has won 5 out of their last 10 encounters, and they seem to be picking things back up after struggling early on in the season.

The one we have to keep our eye on in this series is Ketel Marte. He racked 3 RBIs in his last 4 games. The 28-year-old now has 5 homer runs under his belt, 25 RBIs, and a decent .766 OPS. Marte has been pretty good, specifically against the Rockies this season, going 7 for 19 with two RBIs and a 1.01 OPS.

Trying to slow down Marte, the Colorado Rockies are sending Austin Gomber to the mound, who is making his 16th appearance and 14th start of the season. He is carrying a 4-7 record with a 6.53 ERA and a 1.45 WHIP over 73 innings pitched.

On the other side, Dallas Keuchel is making his 11th start of the season, and only his 3rd for the Arizona Diamondbacks. The last time he went up against the Rockies, he allowed 7 runs in just 5 innings, picking up his 6th loss of the season. His numbers are looking atrocious with 8.27 ERA and a 2.10 WHIP across 41 innings, which might be a huge concern for the Diamondbacks this game.

The implied probability for these two teams attached to the betting lines have Diamondbacks at a 49.75% chance of winning the game, meanwhile Rockies have 52.61% probability of finishing the game with the W.