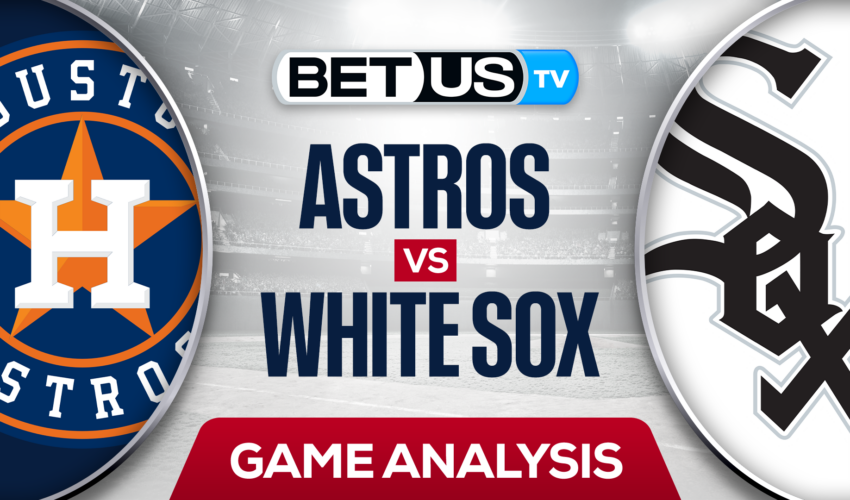 Today the Chicago White Sox will try to keep the streak going after winning their last 2 games against the Houston Astros at Minute Maid Park. This is the third of a four-game series between these clubs. Chicago won the opening contest 4-2 and yesterday they picked up a 4-3 win. Even if the Houston Astros are one of the best teams in the major leagues, they can’t sleep on their laurels as Chicago is looking to turn things around.

While Houston has risen to the top of the American League, there is no denying that the Achilles’ heel of this club is their offense. The Astros are second in runs allowed per game at 3.37, but 11th in runs scored per game at 4.58. The home run has been their big weapon, as Houston is third with 159 homers. They have scored 66 runs in 14 August games, but have also been held to two runs or fewer in five of those contests.

On the other hand, Chicago is 18th in runs allowed per game at 4.40, but the pitching staff has been outstanding in August, posting a 2.98 ERA. They are the primary reason why this club is 9-6 this month, posting a 1.15 WHIP, while striking out 132 in 130.0 innings. While the pitching staff has been spectacular, the offense is slumping in August, scoring 54 runs and 15 games.

In an effort to win the series, the White Sox are sending Michael Kopech to the mound. The 26-year-old righty is holding a 4-8 record with a 3.18 ERA and a 1.18 WHIP over 104.2 innings pitched while striking out 96. In his last outing, Kopech tossed six shutout no-hit innings against Detroit.

The Houston Astros reply back with Framber Valdez, who is making his 23rd start of the season. He is currently carrying a 11-4 record with a 2.73 ERA and a 1.13 WHIP over 142 innings pitched while striking out 128. In his last start, Valdez threw 7 shutout innings, but this came after allowing 3 earned runs in each of his previous 3 outings.

Let’s check the latest MLB picks, news, stats and MLB expert picks for Astros vs White Sox. We’ve plenty of MLB predictions for you to consider

The implied probability for these two teams attached to the betting lines have Astros at a 59.02% chance of winning the game, meanwhile White Sox have 43.67% probability of finishing the game with the W.