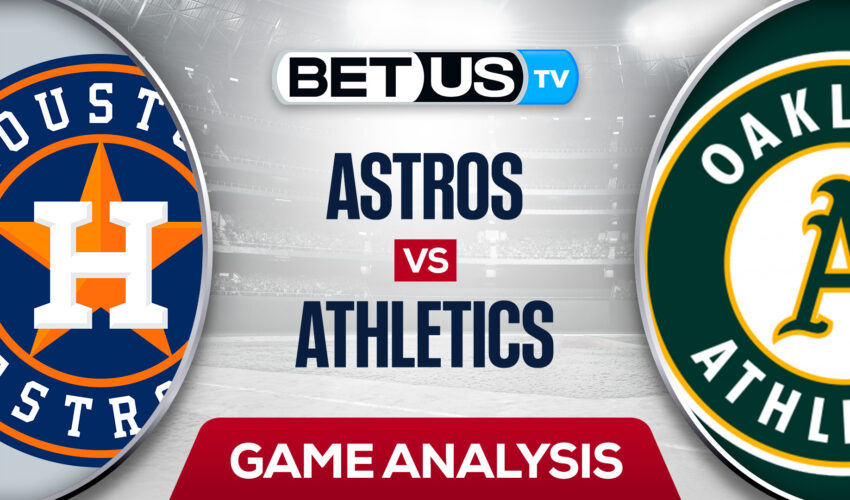 Today the Oakland Athletics play host to the Houston Astros for the 2nd encounter of their three-game series, with the A’s picking up the 7-5 win in the opener. Yesterday’s outcome was completely unexpected as the Astros are still atop the division with a 64-33 record, while the last-place A’s have a bad-looking overall record of 36-63.

After the All-Star break, the Houston Astros were looking amazing, winning five games against playoff contenders in the Yankees and Mariners. But they haven’t been able to keep the ball rolling, losing against one of the lower-rated teams of the major leagues, the A’s.

Houston is only a middling scoring team at 4.47 runs per game despite posting a .743 combined OPS that is in the top five. What gives the Astros a huge edge over their opponents is their pitching staff, who has been terrific top to bottom, ranking second with a 2.98 collective ERA including a mark of 2.74 from MLB’s best bullpen.

From the Athletics, Sean Murphy remains as their best player. With a 2.7 WAR on a .748 OPS, 11 home runs and 40 RBI. Unfortunately for Oakland, overall they are the second-worst scoring offense in baseball at 3.36 runs per game on a .611 OPS that is dead last.

Oakland is sending out Frankie Montas to the mound today, who is making his 19th start after a short stint in the IL. He is holding a 3-9 record with a 3.16 ERA and a 1.08 WHIP over 99.2 innings pitched while striking out 105.

For the Houston Astros, Luis Garcia is making his 18th start of the season. With an 8-5 record, a 3.65 ERA and a 1.06 WHIP, Garcia will try to turn things around for his team. While the A’s have been impressively competitive against Houston this season, this is looking like a rough matchup for them.

The implied probability for these two teams attached to the betting lines have Athletics at a 41.15% chance of winning the game, meanwhile Astros have 61.24% probability of finishing the game with the W.