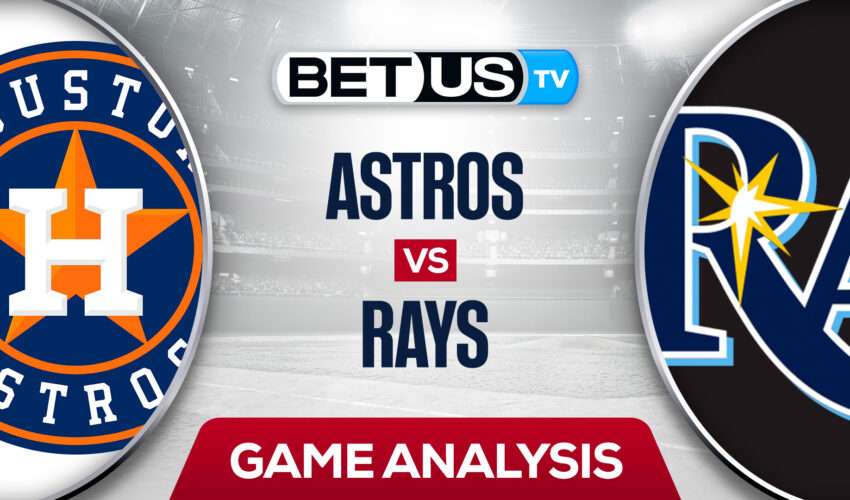 The Houston Astros will be trying to increase their lead in the American League standings when they face the Tampa Bay Rays in the first game of their three-game series today at Tropicana Field. The Astros played well over the past week, winning six of their last seven games. Meanwhile, Tampa Bay has lost three of their last five games, which has dropped their lead over Seattle in the Wildcard standings to half a game.

The Rays will try to turn things around with a win over the Astros, which will give them their third win in their last six games and increase their lead over the Mariners in the standings. Tampa Bay’s pitching has been good, with the team giving up 3.74 runs per game. Opponents have a .232 batting average against the Rays, which is sixth in the league. Their 3.34 ERA is fourth, as is their 1.14 WHIP.

On the other side, Houston will try to keep the momentum going with a win over the Rays, which will give them their seventh win in their last eight games. Houston’s pitching is one of the best in the league, with the team giving up 3.23 runs per game. Opponents have a .212 batting average against the Astros, which is second in the league. Their 2.95 ERA is also second, as is their 1.10 WHIP.

Luis Garcia will get the start for the Houston Astros today. In his last start, Garcia gave up eight hits and three runs in five innings, leading to a 12-4 win over Los Angeles. They will need another solid start from him if they want to win this game. Drew Rasmussen will be the one going up against him. In his last start, Rasmussen gave up six hits and four runs in four innings, leading to a 5-1 loss to Toronto. They will need a better effort from him if they want to get the win.

The implied probability for these two teams attached to the betting lines have Tampa at a 53.70% chance of winning the game, meanwhile, Astros have 48.54% probability of finishing the game with the W.