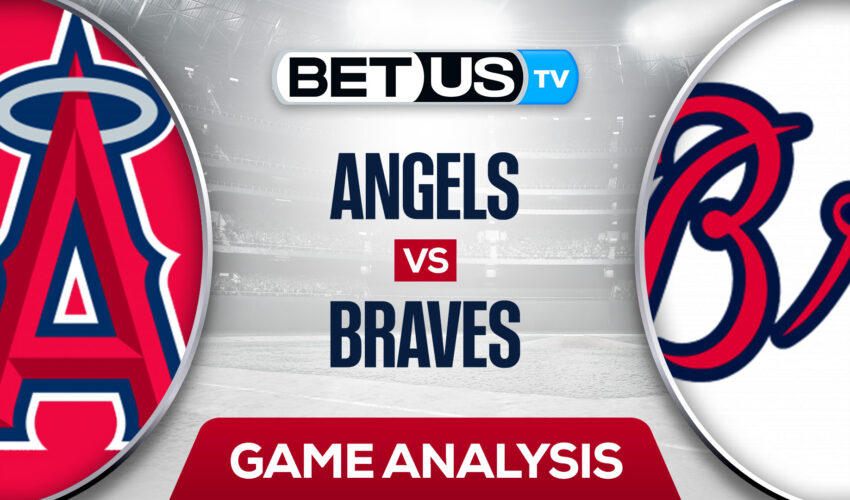 The Los Angeles Angels and the Atlanta Braves kick off a three-game series at Truist Park to start the second half of the season. The last time we saw these two teams play against each other was back in 2017, which is why this series is going to be an exciting one to watch. These two teams are having almost opposite results as of lately. At the start of June, the Braves were 23-27, and the Angels were 27-23. Since then, Atlanta has gone an MLB best 33-12, while Los Angeles are an MLB worst 12-30.

Their 14-game losing streak is just one of the many symptoms the Halos are suffering. The Angels are 25th averaging just under 4 runs per game. Fortunately for them, they have 2 excellent players in Mike Trout, who leads the team with 24 home runs and is second with 51 RBI, and Shohei Ohtani with 56 RBI to go along with 19 home runs.

Talking about Ohtani, he is making his 16th start of the season for the Angels. He is holding a 9-4 record with a 2.38 ERA and a 0.99 WHIP over 87 innings pitched while striking out 123. Los Angeles has only won 12 games since June 1, but they are 6-1 when Ohtani has started during that stretch. Over his last six starts, Ohtani is 6-0 with a 0.45 ERA, which includes the Angels picking up wins over Boston, Seattle, and Houston

The Atlanta Braves had a 3-game winning streak snapped by the Washington Nationals in a 7-3 upset loss. Atlanta is 4th in the major leagues, scoring 4.7 runs per game and 2nd with 147 home runs. Today, Charlie Morton is making his 19th start of the season for the Atlanta Braves. He is carrying a 5-4 record with a 4.45 ERA and a 1.25 WHIP over 99 innings pitched while striking out 114.

The implied probability for these two teams attached to the betting lines have Braves at a 58.33% chance of winning the game, meanwhile Angels have 44.44% probability of finishing the game with the W.