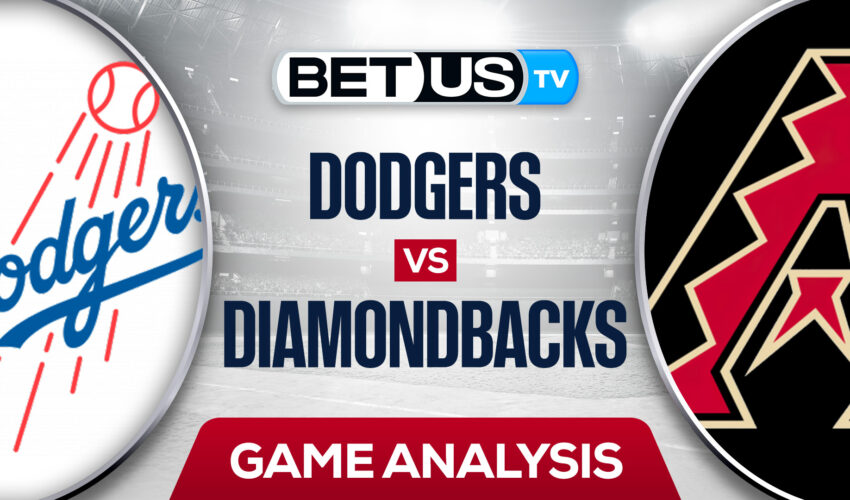 Today, the Los Angeles Dodgers and the Arizona Diamondbacks will play game one of this three-game series at Chase Field. The last time these two teams matched up, the Dodgers ended up sweeping the Diamondbacks in four games. The Los Angeles Dodgers have been one of the best teams in the league this season, as they currently hold the number one seed in the NL Playoffs.

The Dodgers are coming into this one after a tough series with the San Diego Padres. They split the first two games, as the Dodgers looked great at the plate in game two. They scored eight runs, as the Padres couldn’t keep them off the bases. Los Angeles also looked great to win the series in game three. At the plate, they are scoring 5.42 runs per game and they are hitting .260 as a team.

The Diamondbacks will be entering this one after losing their previous series to the Colorado Rockies. The Diamondbacks struggled on the mound, as they gave up 17 combined runs in the first two games of that series. They will have to be better on the mound if they want to take care of business at home against the Dodgers. At the plate, the Diamondbacks are scoring 4.56 runs per game and they are hitting .232 as a team.

Tyler Anderson will be getting the start for the Dodgers in this game. He is currently 14-3 with a 2.73 ERA and a 1.03 WHIP. His opponents have struggled to consistently reach base against him and he has been solid on the road. Outside of Dodgers Stadium, he is 6-3 with a 3.12 ERA. In his last start, he pitched for 7.0 innings and he only gave up three earned runs.

The Diamondbacks will answer back by sending Merrill Kelly on the mound. He is 12-5 with a 2.94 ERA and a 1.08 WHIP. In his last start, he pitched for 7.0 innings, but he gave up four earned runs off of three home runs. He was leaving the ball over the middle and the Padres took advantage. Kelly has been decent at home, as well. Inside Chase Field, he is 4-4 with a 2.92 ERA.

The implied probability for these two teams attached to the betting lines have Diamondbacks at a 37.04% chance of winning the game, meanwhile, Dodgers have 66.67% probability of finishing the game with the W.