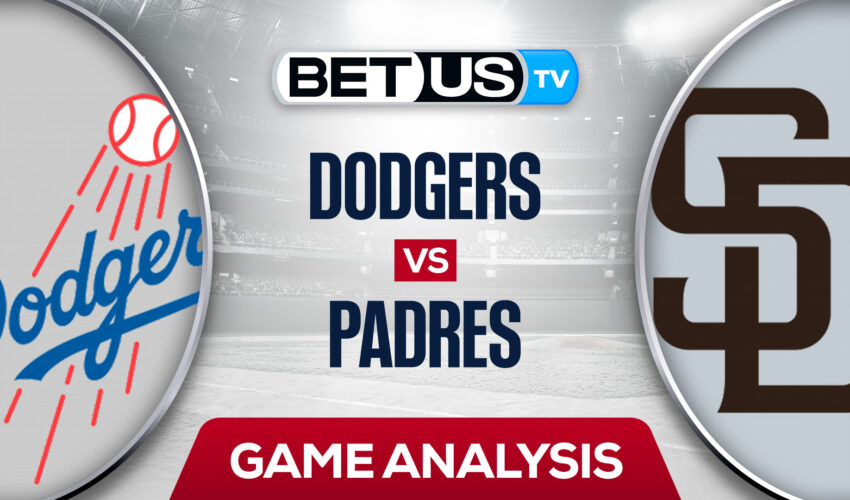 The San Diego Padres are hosts to the Los Angeles Dodgers for a state rivalry match happening at 9:40pm ET. With San Diego taking three straight and starting Joe Musgrove tonight, the powerful Dodgers are in for a brawl. Los Angeles will start Julio Urias and despite playing away from home, they come into the series as a strong favorite with the total set at 7.5 and the run line at -1.5 favoring the Los Angeles Dodgers.

The Los Angeles Dodgers came off a 3-4 defeat against the Padres yesterday which sets an interesting scenario for today’s game. Just like other fierce competitors in Major League Baseball, the Los Angeles Dodgers have a 70%+ win ratio in games that they are favored. The Dodgers also have an impressive 95-62 record against the spread. The Padres, on the other hand, have been creeping up as interesting underdogs with a 70-88 record against the spread this season.

With both teams at positive ROI in first 5 innings team totals, the total definitely seems like a solid choice for many handicappers to look at. The Los Angeles Dodgers bats are definitely loud and while the Padres hold the lowest swing rate in Major League Baseball, they are slugging .239 on pitches out of the zone this season which ranks them 4th best in MLB. While the Dodgers are likely to take the game with power after a close loss yesterday, the Padres are likely to contribute later in the game. If the total doesn’t seem attractive to you, even though the Dodgers are laying a lot of juice, their numbers don’t lie and they are quite likely to win tonight as well.

The implied probability for these two teams attached to the betting lines have Dodgers at a 58.33% chance of winning the game, meanwhile Padres have 44.44% probability of finishing the game with the W.