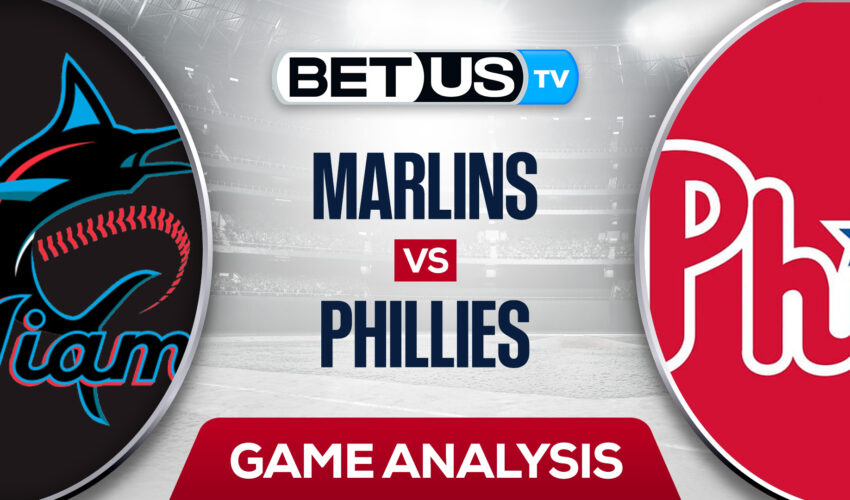 The Miami Marlins will be looking to snap a seven-game losing streak when they travel to Citizens Bank Park in Philadelphia to kick off a three-game series against the Phillies today. Both of these teams arrive in somewhat of a similar form. The Marlins were swept by Atlanta over the weekend, including a 7-1 setback on Sunday. Philadelphia has lost six of its last seven games, getting swept by San Francisco in its most recent series.

Miami was competitive during the first half of the season, sitting five games under the .500 mark heading into the All-Star break. The Marlins have been one of the coldest teams in baseball since then, as they dropped to 23 games under .500 this weekend. They are on a seven-game losing streak coming into this series, getting swept by the Rays and Braves in consecutive sets. Miami has scored exactly one run in four straight games.

Philadelphia has gone on several hot streaks since the All-Star break, going on separate seven-game, five-game and six-game winning streaks. The most recent one came two weeks ago, as the Phillies won six consecutive games against the Reds and Pirates. Philadelphia has struggled since then, losing six of its last seven contests. The Phillies dropped two out of three against Arizona early last week before getting swept in San Francisco over the weekend.

Aaron Nola is going to be on the mound for Philadelphia today. He allowed eight runs on 10 hits while striking out five across four disastrous innings against Arizona last Tuesday. Nola had thrown a complete-game shutout in his previous start, so consistency has been an issue. For the Marlins, left-handed pitcher Jesus Luzardo is going to be on the mound. He allowed three earned runs on six hits and two walks across six innings against Tampa Bay in his last start.

The implied probability for these two teams attached to the betting lines have Phillies at a 69.70% chance of winning the game, meanwhile Marlins have 34.48% probability of finishing the game with the W.