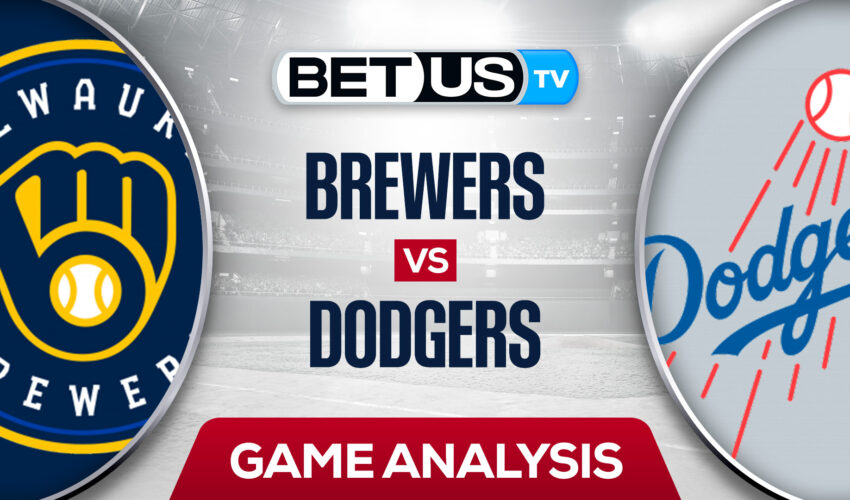 It has been an endless struggle for the Milwaukee Brewers when playing on the road, but yesterday, they picked up a very convincing 4-0 victory over the Los Angeles Dodgers. Today, they’ll try to keep things rolling as they aim to knock off the top team in the National League. The pitching matchup we’ll be seeing in today’s encounter is an incredibly exciting one, so make sure to not miss this match!

Now, even though they didn’t manage to score a win yesterday, the Dodgers currently have the #1 ranked pitching rotation in the league, and they’re making it incredibly hard for teams to keep pace with them on the scoreboard. But then again, Milwaukee does have the ninth-best run-scoring offense, and they averaged 5.67 runs per game in their previous road series. Fortunately for the Dodgers, the Brewers are also averaging the fifth-most strikeouts so far this season.

If we take a look at what happened last week, Corbin Burnes was pitching the Brewers to victory the last time he stared down the mighty Dodgers from the mound. He yielded six hits and three runs in 5.2 innings of work en route to a victory last Thursday. So the 27-year-old righty should be riding a wave of confidence heading into today’s matchup. Burnes holds a 9-5 record with a 2.48 ERA and a 0.93 WHIP over 148.2 innings pitched.

On the other side, Tony Gonsolin is lighting up every batting lineup in sight in recent outings. He has earned a victory in his last four consecutive starts, including last Wednesday’s run-in with the same Brewers team he’ll be facing on Tuesday night. It was another dominant showing by the starting righty as he mowed through their batting lineup and left them scoreless for seven innings straight. The 28-year-old righty holds a 15-1 record with a 2.12 ERA and a 0.86 WHIP over 123.1 innings pitched while striking out 113.

Let’s check the latest MLB picks, news, stats and MLB expert picks for Brewers vs Dodgers. We’ve plenty of MLB predictions for you to consider.

The implied probability for these two teams attached to the betting lines have Brewers at a 43.67% chance of winning the game, meanwhile Dodgers have 59.02% probability of finishing the game with the W.