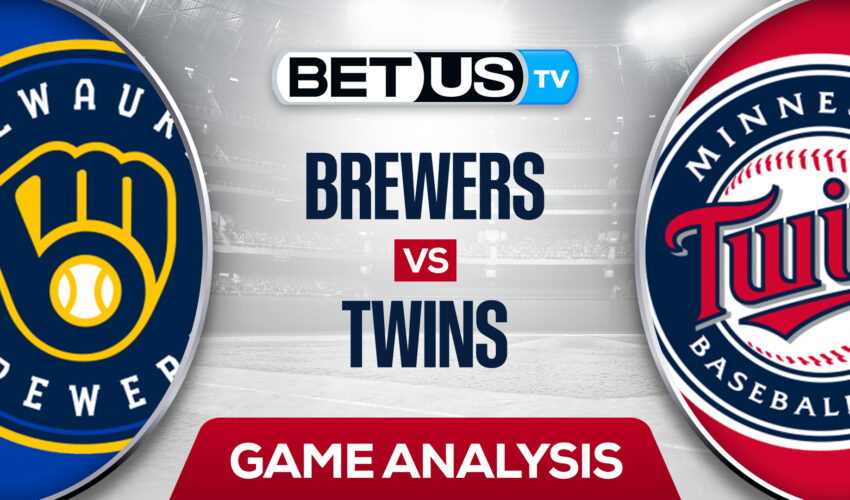 The Minnesota Twins host the Milwaukee Brewers for the opener of their mid-week 2-game interleague series at Target Field. This is turning out to be one of the most exciting series of the week considering that these are two 1st-place teams in their respective divisions. Last year, the Twins took 4 of 6 games against the Brewers and they will be looking to repeat the feat at home this week.

In 2021, Milwaukee had one of baseball’s worst offenses, but in 2022 so far, they’ve managed to get back on track nicely. They rank in the top 10 of the MLB in runs scored per nine innings, OPS, and home runs. Unluckily for them, they’ll be going up against a strong Twins defense today that excels when playing home with a 25-18 record at Target Field.

On top of their good home record, the Minnesota Twins will send out Josh Winder, who is making his 6th start and 10th appearance overall. Winder holds a 4-2 record with a 3.12 ERA and a 1.24 WHIP while striking out 27 over 40.1 innings pitched. The 25-year-old has looked good recently, allowing only 2 earned runs across 11 innings in his last 2 outings.

Today Jason Alexander is making his 7th start of the season for the Milwaukee Brewers. He is carrying a 2-1 record with a 4.75 ERA and a 1.72 WHIP over 36 innings pitched. There is one concern regarding Alexander, he comes off his worst start of the season. Across 5.1 frames, he allowed 6 runs against the Chicago Cubs last Tuesday. The thing about Alexander is that he’s been hit or miss throughout the season so Milwaukee is hoping that he shows his good side today

The implied probability for these two teams attached to the betting lines have Twins at a 58.33% chance of winning the game, meanwhile Brewers have 44.44% probability of finishing the game with the W.