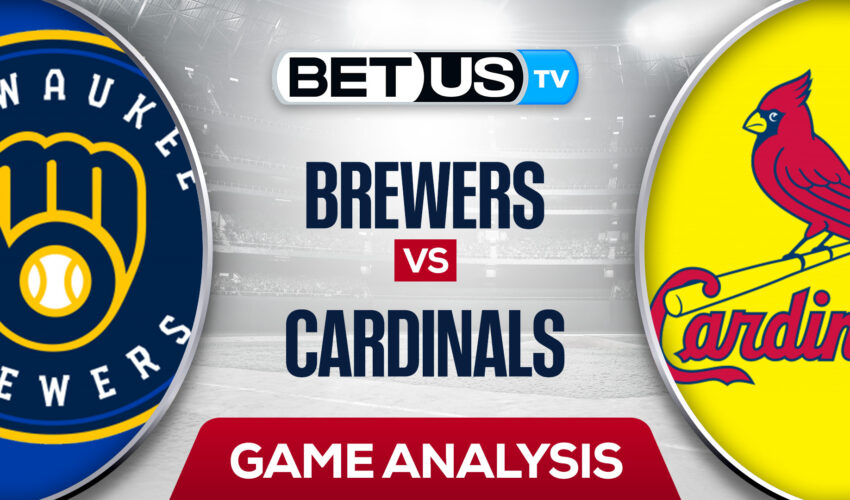 Today, The Milwaukee Brewers clash with the St. Louis Cardinals in the first of a two-game divisional series at Busch Stadium. The Brewers are only two games out of the NL Wildcard but need an extended winning streak now. Meanwhile, St. Louis is in control of the NL Central, holding an eight-game lead ahead of the Brewers and winning almost every series.

The Brewers have been wildly inconsistent and are especially having trouble scoring on the road. The Brewers won two of three against the Reds last weekend. Christian Yelich continues to have trouble hitting with any consistency but is finally heating up. The 30-year-old slugger is only hitting .280 this month and has 50 RBIs and a .755 OPS on the year. Yelich has struggled against the Cardinals, recording only two RBIs and a 478 OPS.

On the other side, the Cardinals won two of three in Pittsburgh this weekend, scoring 13 runs in the three bouts. The Cards stand at 7-3 in their last ten home clashes. Nolan Arenado has been quiet at the plate recently, amassing only four RBIs on the month. The 31-year-old star is having another outstanding season, launching 28 bombs with 93 RBIs and a .908 OPS. Arenado has seven RBIs and a .905 OPS against the Brewers this season.

Jordan Montgomery will make the start for St. Louis today. Montgomery resumed his dominance last time out, limiting the Nationals to only one run in 6.2 innings, resulting in a no-decision in a game the Cardinals won. The veteran southpaw has been incredible since arriving in the trade, tossing six shutout innings against the Brewers last month and has conceded two runs in 10.1 career innings against the foes.

Milwaukee will reply back with Matt Bush, who is 2-2 in 5 starts and 57 appearances with an ERA of 3.23 this season. As this will be a bullpen game, that means Brent Suter will see action. The veteran southpaw struggled in his previous appearance, squandering three runs in one inning against the Reds last weekend. He has recorded a 4.03 ERA and a 1.26 WHIP on the season.

The implied probability for these two teams attached to the betting lines have Cardinals at a 63.64% chance of winning the game, meanwhile, Brewers have 39.22% probability of finishing the game with the W.