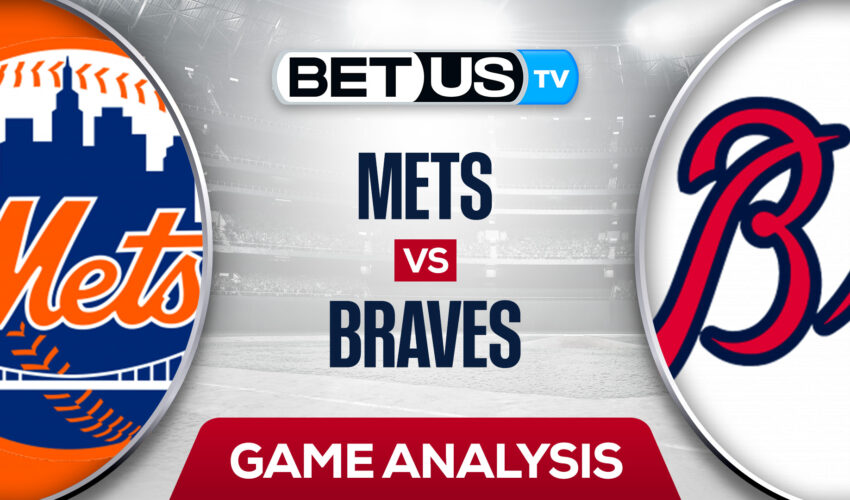 After a 5-0 win, the Atlanta Braves will host the New York Mets at Truist Park for the third encounter in their four-game series. The Braves took the opening game of the series 13-1 on Monday. The Mets hold the edge in the season series 8-6. After the first game of the series, New York found out that the starter from that game Carlos Carrasco will have to go on the injured list for up to a month with an oblique strain.

New York is fourth in MLB averaging 4.8 runs per game, fifth with a .259 batting average, and 17th with 116 home runs. Pete Alonso leads the team with 29 home runs and 97 RBI, followed by Francisco Lindor with 20 home runs and 82 RBI. The Mets pitching staff is fifth in MLB with a 3.53 team ERA.

Atlanta is third averaging 4.9 runs per game, second with 170 home runs, and ninth with a .252 batting average. The Braves have nine players with double-digit home runs, led by Auston Riley with 30, Matt Olson with 20, and Marcell Ozuna with 20. While both teams have a great offense, the pitching matchup in today’s game is going to be the highlight.

Trying to turn things around in the series, the New York Mets are sending Max Scherzer to the mound. The 38-year-old ace is holding a 8-2 record with a 1.93 ERA and a 0.93 WHIP over 102.2 innings pitched while striking out 126. In his last outing, Scherzer yielded 1 run on 9 hits while striking out 6 across 7 frames against the Philadelphia Phillies.

Let’s check the latest MLB picks, news, stats and MLB expert picks for Mets vs Braves. We’ve plenty of MLB predictions for you to consider

The implied probability for these two teams attached to the betting lines have Mets at a 60.00% chance of winning the game, meanwhile Braves have 42.55% probability of finishing the game with the W.