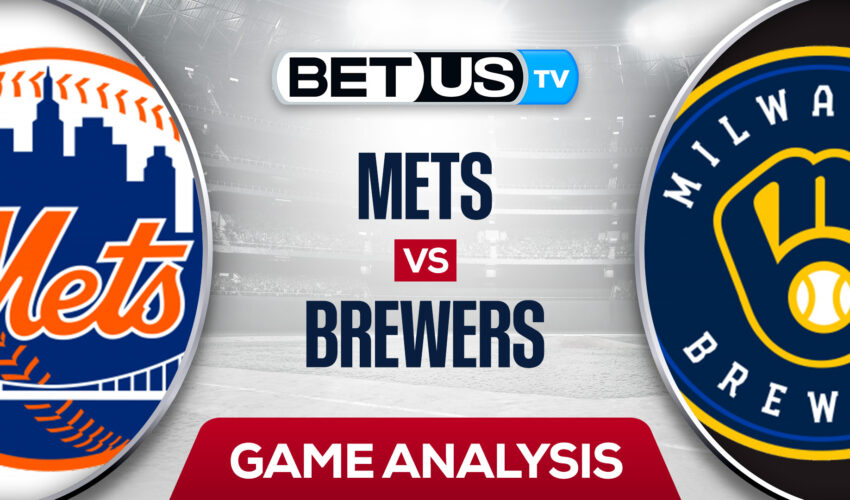 Two teams in the thick of the playoff race in the National League meet today as the Milwaukee Brewers host the New York Mets in the second game of a three game series. The Mets come into this series having won 2 of 3 games. The Mets came into this series with Milwaukee holding a slim one-game lead and tied in the loss column. Meanwhile, the Brewers hit a rough patch after the all-star break, but they have been playing good baseball as of late.

Coming into this series, the Milwaukee Brewers had won 7 out of their last 10 games, including taking two out of three from the Yankees. The Brewers have no chance of catching the first-place Cardinals in the NL Central, as they are 8 games back. But they are only 2 games behind the Phillies for the third and final wildcard spot in the National League.

On the other side, the Mets have been in a dogfight with the Atlanta Braves for the past few weeks. It is important to hold on to the division because it would likely give them the two seed and a first-round playoff bye. Finishing second will drop them into a wildcard spot. They came into this series having swept a four-game series from Pittsburgh.

For the Milwaukee Brewers, Aaron Ashby will be making his 18th start and 24th appearance of the season today. He is currently holding a 2-10 record with a 4.58 ERA and a 1.43 WHIP over 96.1 innings while striking out 116. The last time we saw Ashby start was over a month ago, when he faced the Cubs and surrendered 6 runs on 8 hits across 5 frames while striking out 8.

Let’s check the latest MLB picks, news, stats and MLB expert picks for Mets vs Brewers. We’ve plenty of MLB predictions for you to consider.

The implied probability for these two teams attached to the betting lines have Brewers at a 49.02% chance of winning the game, meanwhile, Mets have 53.27% probability of finishing the game with the W.