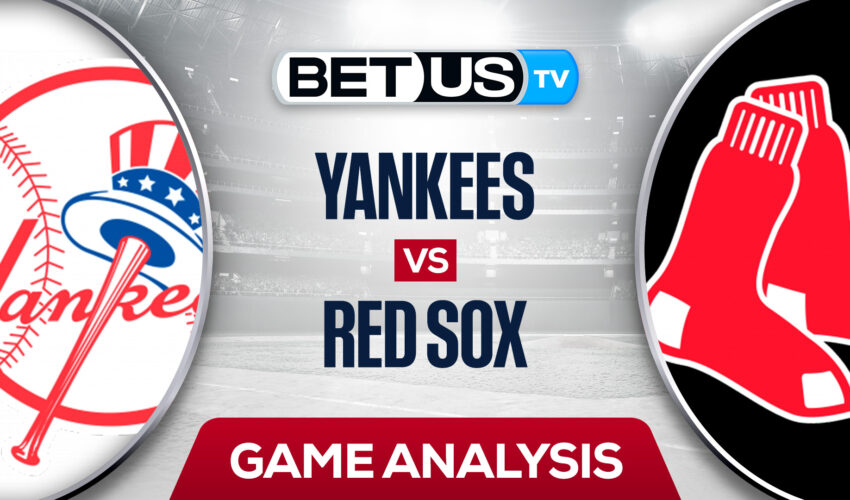 The Boston Red Sox play host to their bitter rivals today when the New York Yankees take a trip to Fenway Park for the first game of a short two-game series. The Yankees lead the AL East at 85-56 while the Red Sox are in last place at 69-72. The NY Yankees passed a huge test this weekend, taking two out of three games from the Rays, who are breathing down their neck.

On Friday, the Rays took the series opener to cut the Yankees’ once massive lead to 3.5 games. This was unimaginable a couple of months ago when the Yankees had a huge lead in the division. Yankee fans were holding their collective breath, as that lead could be down to 1.5 games by the end of the weekend if the Rays swept. But the Yankees dug deep and won the last two games of the series to increase their lead back to 5.5 games. It gave them a little bit of breathing room as they head down the stretch run.

Meanwhile, the Red Sox are for all intents and purposes out of playoff contention. Despite that, the Red Sox are still a very dangerous team and they can play spoiler down the stretch for teams that have playoff aspirations. They did that this past weekend, taking two out of three games from the Orioles. The Orioles are fourth in the wildcard race, and the three ahead of them are in the wildcard, so they only need to move up one spot. This weekend’s series against the Red Sox did not help.

The implied probability for these two teams attached to the betting lines have Red Sox at a 41.15% chance of winning the game, meanwhile, Yankees have 41.15% probability of finishing the game with the W.