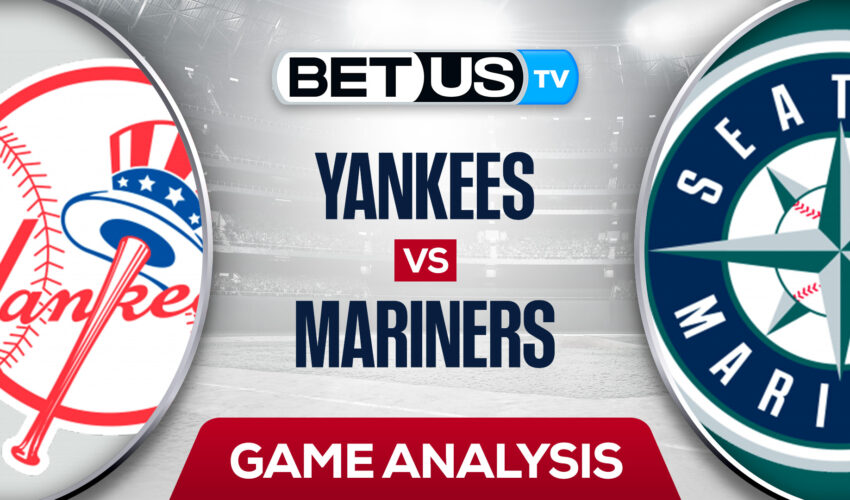 Yesterday, the New York Yankees picked up a 9-4 victory over the Seattle Mariners at T-Mobile Park in the opener game of a three-game series. This result was a bit of an unexpected one as these two teams just played one another this past week and the Mariners won the previous series. Also, the New York Yankees are coming into this one after being swept by the St. Louis Cardinals.

The Mariners are entering this one after splitting their last series with the Los Angeles Angels. The Mariners had a chance to win that series, but they ended up losing in extras in game one. Even though Seattle arrives into this series in a better form, just by looking at how yesterday’s game went, it wouldn’t be that surprising to see them unable to pick up a win if they don’t put up a better performance.

Today, Gerrit Cole is making his 23rd start of the season for the New York Yankees. He is currently holding a 9-4 record with a 3.56 ERA and a 1.04 WHIP over 131.1 innings pitched while striking out 170. While he has been a really solid pitcher for the Yankees, he did lose his last start to the Mariners. He only pitched for 6.0 innings but gave up 7 hits and 6 earned runs.

On the other side, the Seattle Mariners reply back with Luis Castillo, who is making his 16th start of the season. The 29-year-old is carrying a 5-4 record with a 2.95 ERA and a 1.08 WHIP over 91.2 innings pitched while striking out 98. His last start was against this Yankees team. He pitched for 6.2 innings and only allowed 3 earned runs, as the Yankees struggled against him. Even though the Yankees are the favorites, Castillo might have another decent shot at shutting them down.

The implied probability for these two teams attached to the betting lines has Mariners at a 46.08% chance of winning the game, meanwhile, the Yankees have 55.95% probability of finishing the game with the W.