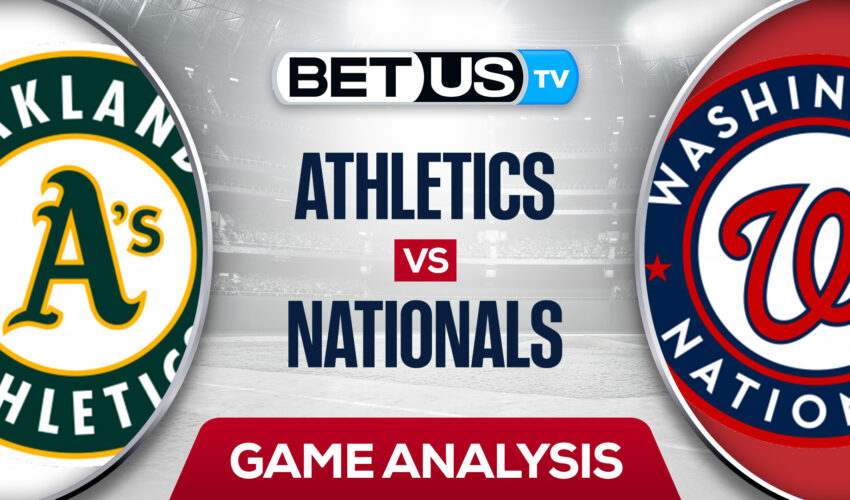 The Oakland Athletics and Washington Nationals will close out a three-game interleague series today in the nation’s capital at Nationals Park. This will be the rubber game after Washington evened the series with a 5-1 victory yesterday to improve their season record just a little to 44-86. Even though they ended up losing their last match, Oakland is holding a 49-82 record, though they are still sitting at the very bottom of the American League West standings.

While the Athletics have looked at least slightly better lately, they couldn’t keep it going long as the offense was shut down on Wednesday in a loss to the Nationals. Oakland scored first on Dermis Garcia’s homer in the second, yet that was it for an offense that managed only five hits. Starter James Kaprielian took the loss, allowing five runs (just two earned) on seven hits and one walk while striking out three across 5.2 innings.

When it comes to the Nationals, wins have been tough to come by, so veteran Anibal Sanchez turning in a gem to beat Oakland on Wednesday was a welcome development. Josh Palacios got the offense started with an RBI single in the fifth before Luis Garcia hit the go-ahead single later in the inning, and Luke Voit capped the frame with a two-run homer. Sanchez went seven innings, allowing one run on three hits and three walks while striking out four in the win.

The pitching matchup is looking to be an interesting one for today’s game. Paolo Espino is set to make his 35th appearance and 15th start of the year for the Washington Nationals, having gone 0-6 with a 4.35 ERA across 91 innings. Oakland replies back with Ken Waldichuk, who is set to make his MLB debut after going 2-4 with a 3.42 ERA and 91 strikeouts across 66.1 innings at the AAA level this year. The 24-year-old is considered one of baseball’s top 35 prospects.

The implied probability for these two teams attached to the betting lines have Nationals at a 52.83% chance of winning the game, meanwhile Athletics have 49.50% probability of finishing the game with the W.